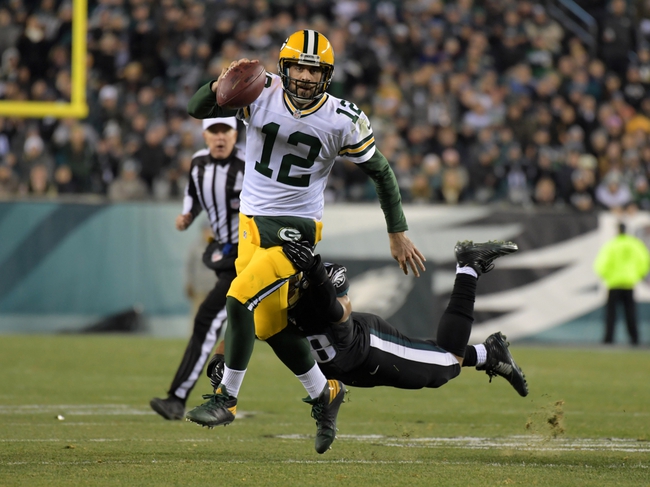 The Green Bay Packers and the Houston Texans face off on Sunday at Lambeau Field in week 13 NFL action.

The Green Bay Packers are 5-6 this season and are in third place in the NFL North but they feel like they have a new lease on life after beating the Eagles in Philadelphia on Monday Night Football. The Packers offense is ranked 11 in both points per game at 24.9 and yards per game at 364.9 and they are minus 5 in turnover ratio. Green Bay QB Aaron Rodgers has completed 64.4 percent of his passes   with 27 touchdowns and 7 interceptions and he has rushed for 3 touchdowns. James Starks has taken over in the Packers backfield but he is averaging just 2.5 yards per carry and Jordy Nelson has 61 receptions and 9 touchdowns, Davantae Adams has 58 catches and 8 touchdowns, and Randall Cobb has 54 catches and 3 touchdowns. The Packers are thinking they still have a chance to make the playoffs but they can’t afford any stumbles.

The Houston Texans are 6-5 this season and they are in first place in the AFC South but they have not played well against the better teams. The Texans offense is ranked 29th in the NFL averaging 17.6 points and 316.9 yards per game and they are minus 9 in turnover ratio. Houston QB Brock Osweiler hasn’t lived up to the big contract completing 59.5 percent of his passes with 12 touchdowns and 13 interceptions. Lamar Miller leads the Texans ground attack with 881 yards and 3 touchdowns and DeAndre Hopkins is the top receiver with 55 catches and 3 touchdowns. The Texans defense is getting it done allowing a 12th ranked 21.5 points per game and a 5th ranked 316.7 yards per game with 6 interceptions, 6 fumble recoveries, and 20 sacks. Bernardrick McKinney is the Texans top tackler with 101 including 4 sacks, John Simon has 50 tackles, and Whitney Mercilus has 4.5 sacks. The Texans seem to always be fighting an uphill battle as the defense gets hung out to dry by the offense’s turnovers.