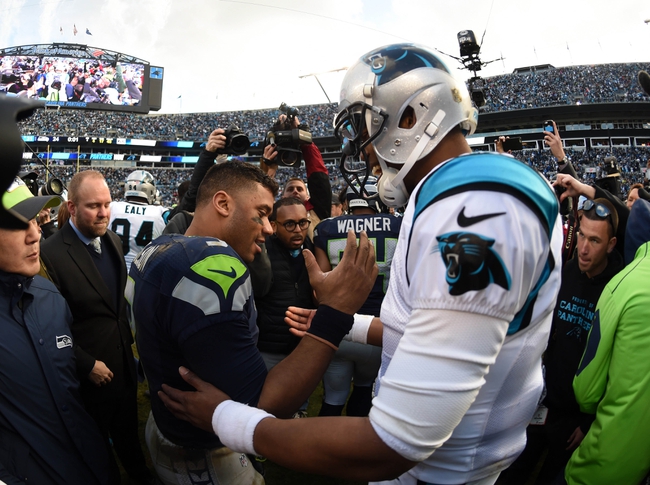 The Carolina Panthers and Seattle Seahawks square off Sunday night in a critical NFL matchup at CenturyLink Field on NBC.

The Seattle Seahawks hope to avoid back-to-back losses for the first time this season to keep their lead in the NFC West. The Seattle Seahawks have won five straight home games. Russell Wilson is completing 64.7 percent of his passes for 2,865 yards, 11 touchdowns and four interceptions. Wilson has zero touchdown passes in four of his last seven games. Doug Baldwin and Jimmy Graham have combined for more than 1,473 receiving yards and nine touchdowns while Jermaine Kearse has 29 receptions. The Seattle Seahawks ground game is averaging 88.9 yards per contest, and C.J. Prosise leads the way with 172 yards and one touchdown. Defensively, Seattle is allowing 17 points and 335.6 yards per game. Bobby Wagner leads the Seattle Seahawks with 118 tackles, Cliff Avril has 10 sacks and Richard Sherman has four interceptions.

An upset loss last week to Tampa Bay may have been good for the Seattle Seahawks, as it should now have them focused for a last minute push to secure the NFC West and possible first round bye. The Seahawks do have issues with their offensive line and Wilson continues to play subpar, but Seattle's issues are nothing compared to the Carolina Panthers. The Panthers just look like a shell of themselves and are lost defensively without Kuechly on the field. Also, making a monster comeback against the Oakland Raiders only to lose the game late likely took the last bit of confidence out of this team. Remember, the Panthers only road win this season was a three-point victory against the Los Angeles Rams.

I hate laying big numbers, but the Seahawks should win this game by double digits.