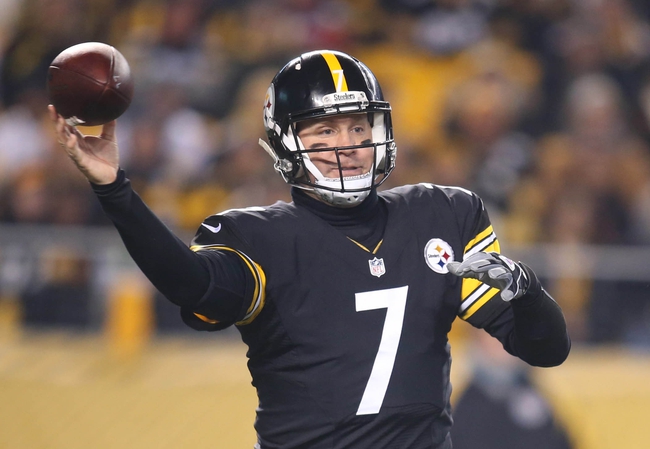 Coming up on Sunday, December 11 in Week 14 NFL action from Ralph Wilson Stadium in Orchard Park, the Pittsburgh Steelers will be visiting the Buffalo Bills.

The Steelers are sitting at 7-5 on the year and are battling it out with the Ravens for control of the AFC North. This past Sunday, the Steelers recorded their third straight victory, this one over the Giants 24-14. In that one, Steelers QB Ben Roethlisberger posted a solid 14-of-20 line for 221 yards and three touchdowns.

On the year so far, Roethlisberger has 3034 yards with 25 touchdowns and eight interceptions, while the dynamic Steelers RB Le’Veon bell leads the rush with 817 yards and three scores. WR Antonio Brown is tops among the receivers with 88 catches for 1052 yards and 11 touchdowns.

As for the Bills, they’re sitting at 6-6 on the season and just suffered their fourth loss in the last six games, this one across the country against the Raiders. In that game, Buffalo had a 15-point lead midway through the third quarter, but allowed Oakland their biggest comeback in the last 16 years en route to the defeat.

Thus far on the season, Bills QB Tyrod Taylor is sitting at 2292 yards with 11 touchdowns and five interceptions. LeSean McCoy leads the ground attack for Buffalo on 174 carries for 949 yards and nine scores, while Robert Woods is the top receiver with 42 catches for 493 yards.

Both the Steelers and the Bills (and most of the NFL, really) have been pretty unpredictable this season, but Pittsburgh—who was a trendy Super Bowl pick in the off-season—seems to be hitting their stride over the last four games. The Steelers hung with the Cowboys in a five-point loss, then rattled off three straight wins, culminating in a dominant victory over a good Giants team. I like Pittsburgh to keep it rolling, so I’ll take them to cover here.