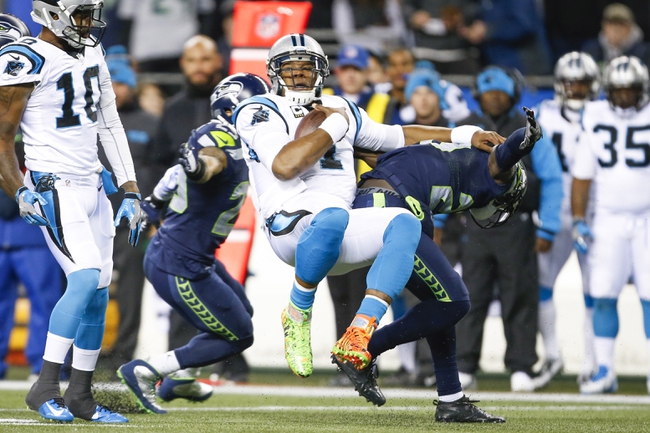 The Carolina Panthers and the San Diego Chargers face off on Sunday in week 14 NFL action.

The Carolina Panthers are 4-8 this season and it is starting to set in that they likely won’t be returning to the playoffs to earn a chance at avenging last year’s loss in the Super Bowl. The Panthers offense is averaging 23.6 points and 346 yards per game and they have a minus 6 turnover ratio which just isn’t getting it done. Carolina QB Cam Newton has completed 54.7 percent of his passes with 14 touchdowns and 8 interceptions and he has been sacked 27 times but he has also rushed for 286 yards and 5 touchdowns. Johnathan Stewart has been the Panthers top rusher with 511 yards and 7 touchdowns and Greg Olsen is the top receiver with 61 catches and 3 touchdowns and Kelvin Benjamin has 50 receptions and 5 touchdowns. The Panthers defense is allowing a 28th ranked 26.8 points per game and a 23rd ranked 369.6 yards per game as they have been ripped through the air ranking 30th against the pass but they have 12 interceptions, 12 fumble recoveries, and 34 sacks. Luke Kuechly is Carolina’s leading tackler with 102, Tomas Davis has 79 tackles, and Mario Addison has 6.5 sacks. The Panthers have just not been the same team they were a year ago on both sides of the ball starting in game one when Newton was hit in the head and late repeatedly.

The San Diego Chargers are 5-7 this season and they have probably blown more games than any other team in the NFL this season. The Chargers offense is averaging a 4th best in the NFL 27.8 points per game and 367.8 yards per game and they have a minus 1 turnover ratio. San Diego QB Phillip Rivers has completed 62.6 percent of his passes with 25 touchdowns and 14 interceptions and he has been sacked 28 times. Melvin Gordon is the Chargers top rusher with 992 yards and 10 touchdowns and he also has 41 receptions and 2 receiving touchdowns and Tyrell Williams is the top receiver with 53 catches and 6 touchdowns in a injury depleted receiving corps. The San Diego defense is allowing a 26th ranked 26.6 points per game and 360.1 yards per game as they are 27th in the NFL against the pass but they have 15 interceptions, 12 fumble recoveries, and 21 sacks. Korey Toomer is the Chargers leading tackler with 61, Jatavius Brown has 54, and Joey Bosa has 5,5 sacks. The Chargers are having one of those seasons where they will look back at all of the blown chances as they watch the playoffs from home.

This game is a coin flip as both of these teams pare pretty close in what they have done this season but the Panthers just look beat up at this point and while I don’t love this game it’s just a lean to the Chargers.