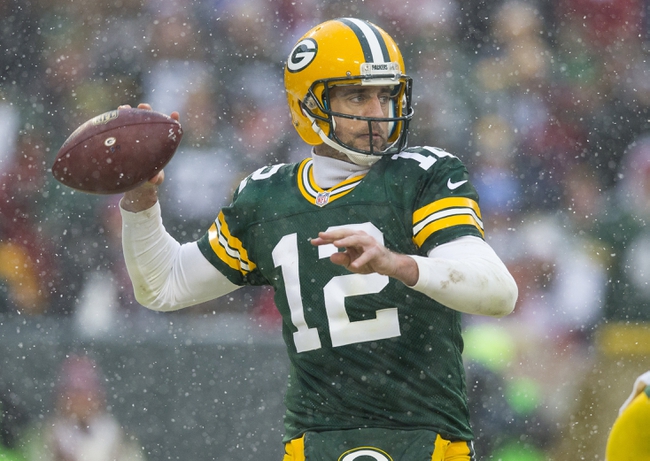 Coming up in Week 14 NFL action from Lambeau Field on Sunday, December 11, we’ve got an NFC battle between the Seattle Seahawks and the Green Bay Packers.

Seattle enters play here with an 8-3-1 record on the year, and are fresh off a 40-7 drubbing of the Panthers in their last outing. In that game, RB Thomas Rawls led the way with 15 carries for 106 yards and a pair of touchdowns for the Seahawks, who had 240 yards on the ground.

On the year so far for Seattle, QB Russell Wilson sits on 3142 yards, 12 touchdowns and five interceptions, while Christine Michael still has the rush lead on 117 attempts for 469 yards and six scores. Doug Baldwin is the Seahawks’ leading receiver with 68 catches for 832 yards and five scores.

Meanwhile, the Packers come into Week 14 with a 6-6 record, but have won their last two games. That includes a 21-13 Green Bay win over the Texans in their last outing, during which QB Aaron Rodgers put up a 20-of-30 line for 209 yards and two scores in the snow.

On the season thus far, Rodgers holds 3283 yards with 29 touchdowns and seven picks, while Eddie Lacy is still Green Bay’s top rusher with 360 yards. Jordy Nelson is the high man in receiving for Green Bay, with 69 receptions for 872 yards and 10 touchdowns.

This should be a fun game to watch, as both the Seahawks and the Packers are pretty evenly matched. Seattle has won four of their last five games and has some momentum coming into this one, but in the frosty tundra of Lambeau I’ve still got to go with Rodgers and the Packers. This one could easily go the other way, though, so it’s probably a game to stay away from.