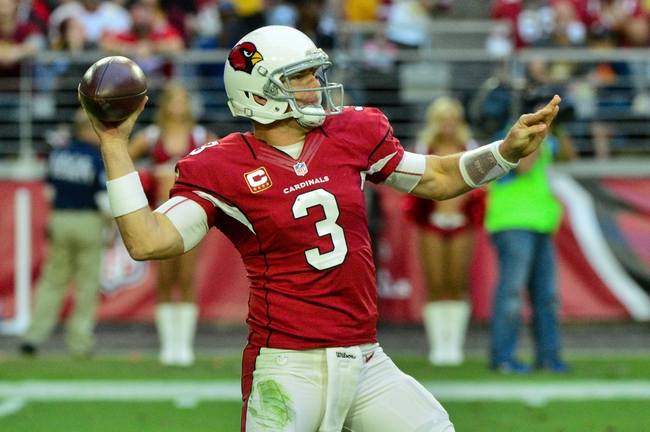 Headed our way on Sunday, December 11 from Hard Rock Stadium in Miami Gardens, the Arizona Cardinals will be visiting the Miami Dolphins in Week 14 NFL action.

The Cardinals are entering this game with a 5-6-1 record on the year, and after dropping three of four games they got a much-needed win against the Redskins 31-23 in Week 13. In that game, RB David Johnson was the star for Arizona, with 22 carries for 103 yards and a TD, with seven catches for 57 yards and another TD through the air.

So far this season, Cardinals QB Carson Palmer holds 3231 yards with 18 touchdowns and 11 interceptions, while Johnson has put up 1005 yards on 228 attempts with 11 scores. Larry Fitzgerald, as usual, is the Cardinals’ lead receiver on 88 catches for 880 yards and five TDs.

Over on the Dolphins’ side, they’re entering Week 14 with a 7-5 record, as their six-game win streak was halted this past Sunday with a 38-6 drubbing by the Ravens. In that one, Dolphins QB Ryan Tannehill went 29-of-40 for 226 yards and a TD, but had three interceptions.

On the season, Tannehill holds 2800 yards with 16 touchdowns and 11 interceptions, while Jay Ajayi leads the rushers on 173 attempts for 908 yards and seven touchdowns. Jarvis Landry is the top Miami receiver with 75 catches for 820 yards and a pair of scores.

Much was made about the Dolphins’ six-game win streak, but they weren’t winning by wide margins—the largest win was a 15-point victory over the Steelers, everything else was just one score or fewer. Miami was due for a meltdown, and they had it. Can they pick things back up and cover here? I’m going to say no, not with Palmer and Johnson clicking for the Cardinals. I’ll take Arizona to cover in this one.