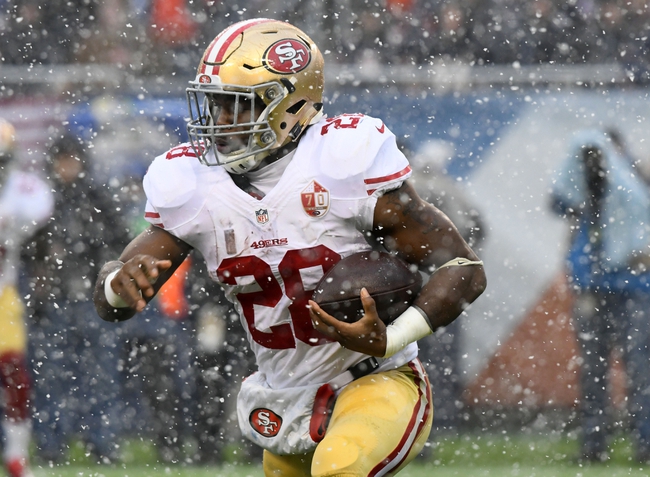 The San Francisco 49ers and the New York Jets face off on Sunday in a battle of two of the worst teams in the NFL.

The San Francisco 49ers are 1-11 this season and they just seem to be getting worse by the week. The 49ers are averaging 19.5 points and 309.8 yards per game and they are minus 4 in turnover ratio.  San Francisco QB Colin Kaepernick has completed 54.5 percent of his passes with 10 touchdowns and 3 interceptions and he will remain the starter despite being benched last game. Carlos Hyde leads the Niners in rushing with 686 yards and 6 touchdowns and Jeremy Kerley has 43 receptions and 3 touchdowns. San Francisco is dead last in defense allowing 30.8 points and 416.2 yards per game with 7 interceptions, 11 fumble recoveries, and 20 sacks. Antoine Bethea leads the 49ers in tackles with 78, Nick Bellore has 76 tackles, and Ahmad Brooks has 5 sacks. The 49ers appear lost and need help across the board as far as personnel.

The New York Jets are 3-9 this season and they look like a team that is just lost. The Jets offense is averaging 17.2 points and 328 yards per game and they are minus 15 in turnover ratio. New York QB Ryan Fitzpatrick has completed 57 percent of his passes with 10 touchdowns and 14 interceptions. Matt Forte leads the Jets rushing attack with 784 yards and 7 touchdowns and Brandon Marshall has 53 catches and 3 touchdowns. Defensively the Jets are allowing 25.6 points and 354.8 yards per game with 6 interceptions, 11 fumble recoveries, and 20 sacks. David Harris the Jets top tackler with 67, Leonard Williams has 51 tackles including 6.5 sacks, and Darron Lee and Marcus Gilchrist have 50 tackles each. The Jets are looking like they will be drafting high once again in the NFL Draft.

We have two terrible teams but the value here is on the visitors and I will take the Jets and the points.