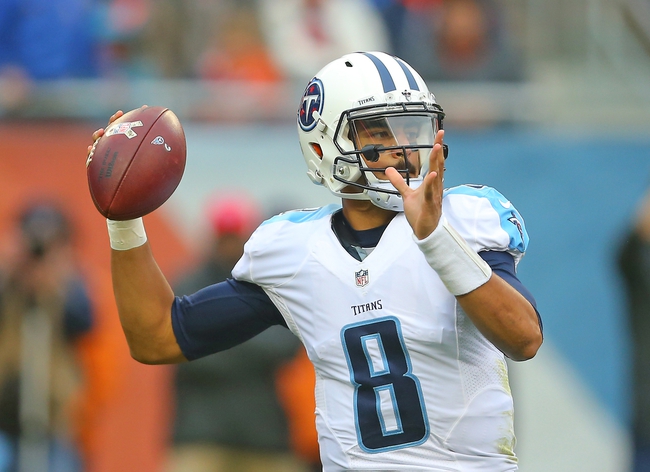 The Denver Broncos and Tennessee Titans square off Sunday afternoon in a key AFC NFL matchup at Nissan Stadium.

The Denver Broncos look for their fifth road victory of the season to stay in the AFC playoff race. The Denver Broncos have won six of their last nine road games. Paxton Lynch is completing 59 percent of his passes for 497 yards, two touchdowns and one interception. Trevor Siemian remains questionable due to a foot injury after missing last week. Emmanuel Sanders and Demaryius Thomas have combined for more than 1,657 receiving yards and nine touchdowns while Virgil Green has 18 receptions. The Denver Broncos ground game is averaging 100.2 yards per contest, and Devontae Booker leads the way with 510 yards and three touchdowns. Defensively, Denver is allowing 19.1 points and 315.5 yards per game. T.J. Ward leads the Denver Broncos with 75 tackles, Von Miller has 12.5 sacks and Chris Harris Jr. has two interceptions.

The Tennessee Titans look for their seventh victory of the year to get a game above a .500 record. The Tennessee Titans have lost five of their last six games following a bye week. Marcus Mariota is completing 64.3 percent of his passes for 2,998 yards, 25 touchdowns and eight interceptions. Mariota has two or more touchdown passes in eight straight games. Rishard Matthews and Delanie Walker have combined for more than 1,326 receiving yards and 13 touchdowns while Tajae Sharpe has 36 receptions. The Tennessee Titans ground game is averaging 141.5 yards per contest, and DeMarco Murray leads the way with 1,043 yards and eight touchdowns. Defensively, Tennessee is allowing 24.7 points and 362.7 yards per game. Avery Williamson leads the Tennessee Titans with 87 tackles, Brian Orakpo has nine sacks and Perrish Cox has three interceptions.

The Denver Broncos have all of a sudden become a hot and cold team that can struggle big time on the offensive side of the ball. It looks like Siemian will be ready to start this game, but I'm not sure that matters considering he hasn't been that big of a difference maker. While nobody has been paying attention, the Titans have climbed back to a .500 record and are a team that may be thinking playoffs. Tennessee has also had an extra week to prepare for this game. I like the vibes I'm getting from the Titans and this game is more than winnable. Give me the home team in a toss-up matchup.