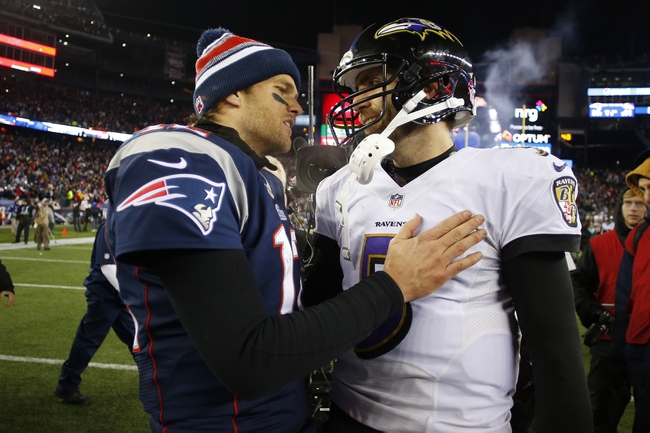 It's no secret the New England Patriots are always tough to beat on their home field and the likely horrible weather should play in their hands as well. However, getting a free touchdown with the Baltimore Ravens is quite valuable. The Ravens are one of the top defensive teams in the country and have a history of giving Brady issues. Baltimore has beaten New England in two of the last four meetings and with no Rob Gronkowski, Brady and company will have a hard time putting points on the board. On the other side, Flacco seems to have found his rhythm last week and is going up against a New England defense that isn't special. This is going to be a close game and I wouldn't be shocked if the Ravens found a way to win outright.

I'll take the Ravens and the free touchdown.