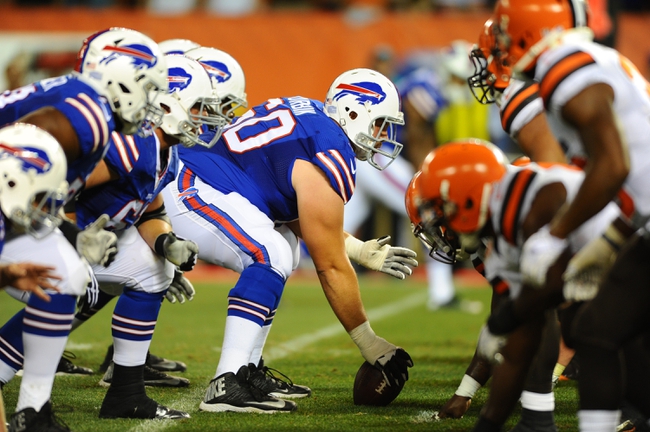 The Buffalo Bills and the Cleveland Browns face off on Sunday in Week 15 NFL action.

The Buffalo Bills are 6-7 this season and they have lost their last 2 games as they have watched their playoff hopes slip away. The Bills are averaging 25 points and 338.2 yards per game and they are the top rushing team in the NFL at 154.6 yards per game and they are plus 8 in turnover ratio. Buffalo QB Tyrod Taylor has completed 60.6 percent of his passes with 13 touchdowns and 6 interceptions and he has rushed for 471 yards and 6 touchdowns. LeSean McCoy is the leading rusher for the Bills with 976 yards and 10 touchdowns and he also has 41 receptions and Robert Woods is the top receiver with 43 catches. The Bills defense is allowing 23.2 points and 355.4 yards per game with 11 interceptions, 10 fumble recoveries, and 33 sacks. Zach Brown is Buffalo’s leading tackler with 122, Preston Brown has 105 tackles, and Lorenzo Alexander has 10 sacks. The Bills were hoping this was a playoff year for them but that isn’t looking likely.

The Cleveland Browns are 0-13 this season and are still looking for their elusive first win of the year. The Browns offense has been abysmal averaging 15.9 points and 309.2 yards per game and they are minus 10 in turnover ratio. Cleveland has used 6 QB’s this season but they are back to opening day starter Robert Griffin III who has missed most of the season and he has completed just 44.4 percent of his passes with no touchdowns and 2 interceptions. Isaiah Crowell is the Browns leading rusher with 718 yards and 5 touchdowns and Terrell Pryor is the top receiver with 63 catches and 4 touchdowns. The Browns defense has been even worse than the offense allowing 28.8 points and 396.9 yards per game both ranking 31st in the NFL while they have 8 interceptions, 6 fumble recoveries, and 12 sacks. Christian Kirksey is the Browns leading tackler with 117, Demario Davis has 81 tackles, and Emmanuel Ogbah has 4.5 sacks. This has been a tough year for first year Browns Head Coach Hugh Jackson.

The Browns seem to be better than what they show each week but in the end they aren’t and while the Bills have been disappointing, they take out some major frustration here.