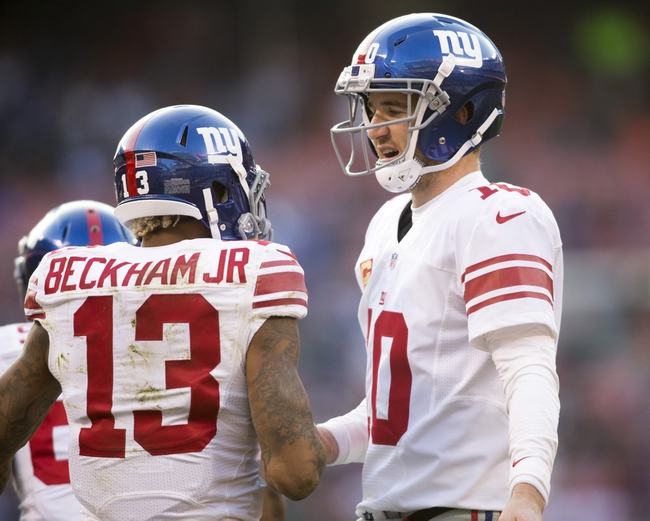 The Detroit Lions look to keep their lead in the NFC North by winning their sixth straight game. The Detroit Lions also have a shot at double-digit wins for the second time in three years. Matthew Stafford is completing 66.7 percent of his passes for 3,447 yards, 22 touchdowns and seven interceptions. Stafford has one or less touchdown pass in five of his last seven games. Golden Tate and Marvin Jones have combined for 1,617 receiving yards and seven touchdowns while Eric Ebron has 43 receptions. The Detroit Lions ground game is averaging 83.7 yards per contest, and Theo Riddick leads the way with 357 yards and one touchdown. Defensively, Detroit is allowing 20.6 points and 350.2 yards per game. Tahir Whitehead leads the Detroit Lions with 107 tackles, Kerry Hyder has eight sacks and Tavon Wilson has two interceptions.

The New York Giants also look to stay hot after winning seven of their last eight games. The New York Giants also have a shot at 10 wins for the first time since 2010. Eli Manning is completing 62.9 percent of his passes for 3,290 yards, 23 touchdowns and 13 interceptions. Manning has two or more touchdown passes in six of his last eight games. Odell Beckham Jr. and Sterling Shepard have combined for 1,645 receiving yards and 15 touchdowns while Victor Cruz has 28 receptions. The New York Giants ground game is averaging 78.7 yards per contest, and Rashad Jennings leads the way with 459 yards and two touchdowns. Defensively, New York is allowing 18.8 points and 349.3 yards per game. Landon Collins leads the New York Giants with 100 tackles, Olivier Vernon has eight sacks and Janoris Jenkins has three interceptions.

This is an interesting game to cap, as the New York Giants are the kings of playing subpar football but still finding ways to win in the end. Meanwhile, eight of the Detroit Lions nine victories have been decided by one score. Yes, three of the Lions four losses this season have come on the road, but given how both these teams play close to the vest, this is a game where having the points is bound to come in handy. Give me the Lions and my points.