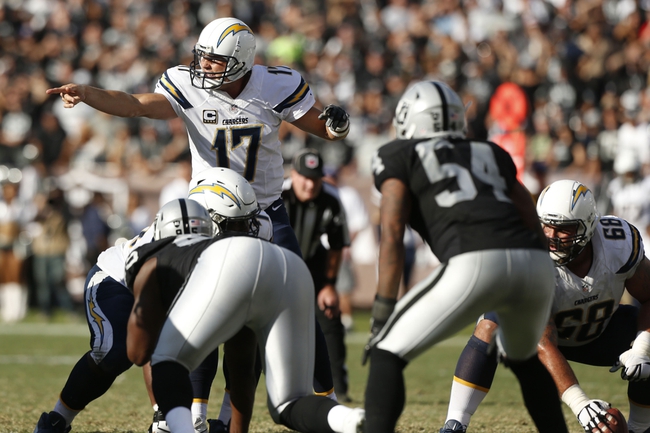 The Oakland Raiders look for their 11th victory of the season to keep pace in the AFC West. The Oakland Raiders haven’t lost two straight games since November 15-22 of last year. Derek Carr is completing 63.5 percent of his passes for 3,492 yards, 24 touchdowns and five interceptions. Carr has two or more touchdown passes in four of his last six games. Amari Cooper and Michael Crabtree have combined for 1,816 receiving yards and 11 touchdowns while Seth Roberts has 33 receptions. The Oakland Raiders ground game is averaging 116.2 yards per contest, and Latavius Murray leads the way with 656 yards and 12 touchdowns. Defensively, Oakland is allowing 24.6 points and 384.5 yards per game. Malcolm Smith leads the Oakland Raiders with 78 tackles, Khalil Mack has 11 sacks and Reggie Nelson has three interceptions.

While these games are usually close, the Raiders have won their last three meetings against the Chargers and had extra time to prepare for this game considering they played last Thursday. The Raiders need a win here to stay in the AFC West race and they've played their best football overall on the road. Meanwhile, the Chargers continue to find creative ways to lose games and Rivers may be playing with some sort of injury given how many awful picks he's thrown the last month. Gordon is also questionable with a hip injury. The Raiders and the small line is one of the better bets on the board this week.