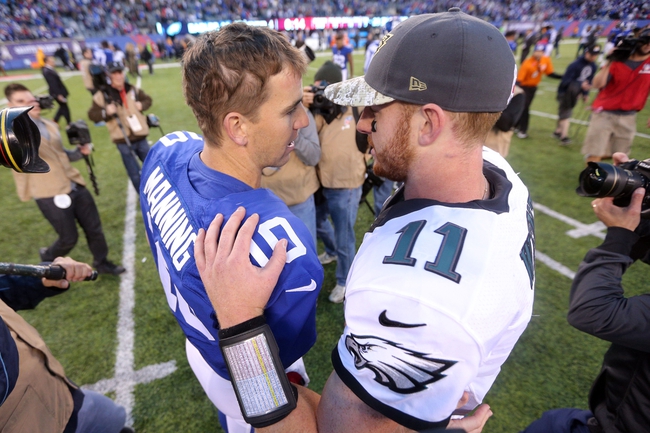 The New York Giants hope to stay in the playoff race by winning their ninth game in their last 10 tries. The New York Giants have not won 11 games since the 2008 NFL season. Eli Manning is completing 63.4 percent of his passes for 3,491 yards, 25 touchdowns and 13 interceptions. Manning has thrown two or more touchdown passes in six of his last seven games. Odell Beckham Jr. and Sterling Shepard have combined for 1,765 receiving yards and 17 touchdowns while Victor Cruz has 29 receptions. The New York Giants ground game is averaging 81.2 yards per contest, and Rashad Jennings leads the way with 497 yards and two touchdowns. Defensively, New York is allowing 17.9 points and 347.5 yards per game. Landon Collins leads the New York Giants with 108 tackles, Olivier Vernon has 8.5 sacks and Janoris Jenkins has three interceptions.

The Eagles have owned the Giants over the years with victories in seven of the last 10 meetings. However, the Eagles are a team that's falling apart due to an offense that lacks playmakers, a quarterback who has hit the rookie wall and a defense that's on the field way too long. The Giants continue to find ways to win and are doing so with an improved defense that's allowed a combined 27 points in their last three games. Playing on the road with short rest is never easy, but this is a game the New York Giants should be able to win to remain in the NFC playoff hunt.