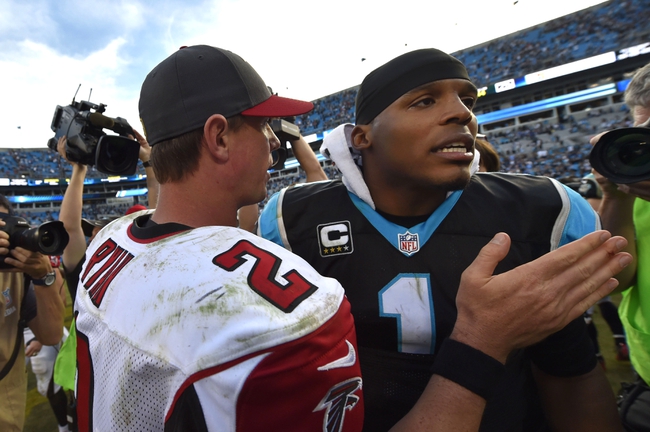 The Atlanta Falcons look to remain in the NFC South division after winning five of their last seven games. The Atlanta Falcons have not won double-digit games since the 2012 NFL season. Matt Ryan is completing 68.6 percent of his passes for 4,336 yards, 32 touchdowns and seven interceptions. Ryan has two or more touchdown passes in five of his last seven games. Julio Jones and Mohamed Sanu have combined for 1,818 receiving yards and eight touchdowns while Taylor Gabriel has 32 receptions. The Atlanta Falcons ground game is averaging 116.7 yards per contest, and Devonta Freeman leads the way with 930 yards and 10 touchdowns. Defensively, Atlanta is allowing 25.6 points and 368.9 yards per game. Keanu Neal leads the Atlanta Falcons with 98 tackles, Vic Beasley Jr. has 14.5 sacks and Deion Jones has three interceptions.

I'm not sure what's gotten into the Carolina Pnthers, but they're showing signs of turning things around. It's probably too little too late, but we're only concerned with victories and covers in this business. The Panthers look like a decent football team and Newton is playing some of his best ball of the season. Meanwhile, the Falcons have been shaky at times despite victories and are still playing without their top receiver in Jones. This pick may backfire on me, but I like the way the Panthers are playing as of late and like the value of the free point at home.