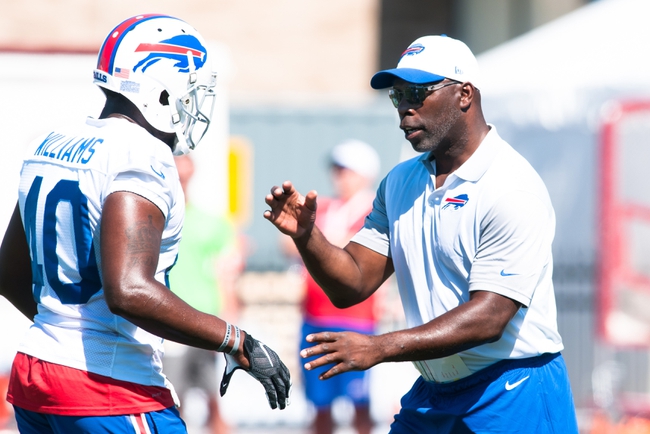 Who Will Replace Coach Rex Ryan?

The Buffalo Bills have fired head coach Red Ryan after producing a 15-16 record in just under two seasons. Ryan has now failed to make the playoffs in six straight seasons as a head coach. As for the Bills, they will now be searching for their seventh head coach since last making the playoffs in 1999.

So, where do the Bills turn to get them out of the AFC East cellar?

Here are five coaching candidates for Buffalo to consider.

Sean Payton - There’s been rumblings for a while now that the New Orleans Saints would consider parting ways with coach Sean Payton. The Saints have now missed the playoffs three straight seasons and may be ready for a new voice after a decade with Payton. Payton did interview with the Bills back in 2006 but Buffalo decided to hire Dick Jauron instead. The Bills obviously have new ownership since then and maybe they’d consider righting a wrong. Payton is one of the brighter offensive minds in the game and brings a winning track record to Buffalo.

Josh McDaniels - Josh McDaniels is in the rumors every year to get another stab at a head coaching job and it’s coming eventually. McDaniels has more than proven himself as an offensive guru and a great play caller for the New England Patriots. McDaniels could get the most out of Tyrod Taylor and help turn the Bills into a respectable offensive unit if that’s the direction the team wanted to go. The Bills also reached out to McDaniels last season in hopes to testing the waters. Not sure how thrilled McDaniels would be to face the Pats twice a year, but NFL head coaching jobs don’t come around everyday.

Anthony Lynn - Anthony Lynn is another offensive mind who could help the Bills, as he’s been a running backs coach since 2003 and has been Buffalo's offensive coordinator for much of this season. Lynn will also have a chance to prove himself this week when he takes over as the Bills interim coach. Lynn is respected in the locker room and is a former player who isn’t that far removed from the game having played for the Denver Broncos in 1999. The one thing that could prevent Lynn from getting a fair shake is that he is part of a struggling Ryan coaching staff.

Darrell Bevell - The Bills were interested in Darrell Bevell before hiring Ryan and should be getting a phone call again. Bevell has really helped the Seattle Seahawks as an offensive coordinator since 2011 and has clear experience coaching a dual-threat quarterback. Some Seahawks’ fans are also crying for a change due to Seattle’s inconsistencies this season and struggles with the offensive line. Bevell may be the guy who can get the best out of Taylor and fix the Bills offense overall. If offense is the Bills top direction during this coaching hire, Bevell may be the guy they want most.

Frank Reich - I’m not sure how badly Frank Reich would consider leaving the Philadelphia Eagles after just one season with Carson Wentz, but the 55-year-old may consider it for his first head coaching job. Reich played for the Bills from 1985-1994 and was the backup quarterback behind Jim Kelly. As an offensive coordinator, Reich has had his moments with many different teams and has made the best out of a tough situation in Philadelphia. This could be a fan friendly hire and could have some serious upside given Reich’s offensive background.