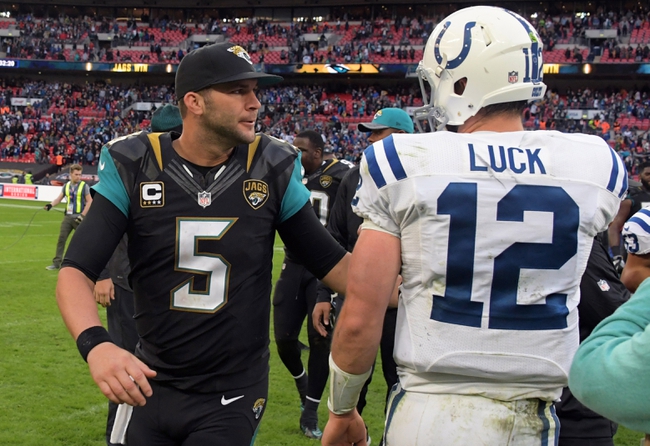 The Jacksonville Jaguars and Indianapolis Colts meet Sunday in a 2016-17 NFL finale at the Lucas Oil Stadium.

Neither of these teams have anything to play for and the Colts are probably less interested given the way their season has ended. The Jacksonville Jaguars are coming off a strong victory over the Tennessee Titans and have won the last two meetings against the Colts. In fact, the Jags have scored a combined 81 points in their last two games against the Colts. Those are impressive numbers and it's not like the Colts defense has improved since then. This should be a weird football game between two teams that have nothing to play for. I'll take a stab with Jacksonville and the points.