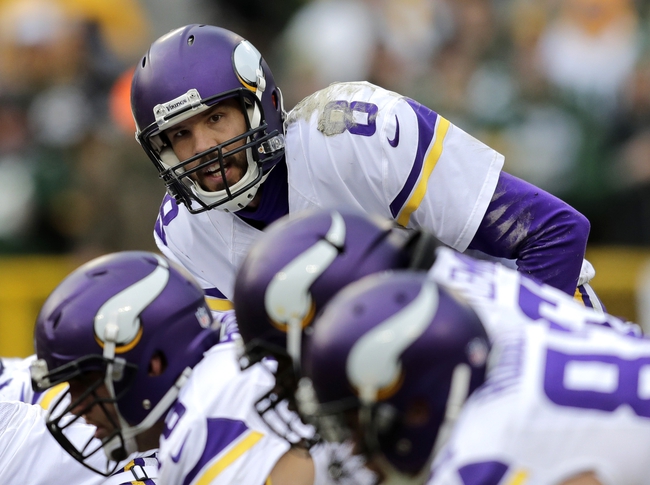 The Chicago Bears look to end the season with a victory after losing six of their last seven games. The Chicago Bears have lost seven straight road games. Matt Barkley is completing 58.9 percent of his passes for 1,489 yards, eight touchdowns and 12 interceptions. Barkley has five touchdown passes in his last three games. Cameron Meredith and Alshon Jeffery have combined for 1,638 receiving yards and six touchdowns while Zach Miller has 47 receptions. The Chicago Bears ground game is averaging 103.5 yards per contest, and Jordan Howard leads the way with 1,178 yards and six touchdowns. Defensively, Chicago is allowing 24.1 points and 344.9 yards per game. Jerrell Freeman leads the Chicago Bears with 111 tackles, Akiem Hicks has 11 sacks and Tracy Porter has two interceptions.

Motivation is going to be big for this game considering neither the Bears or Vikings have anything to play for here. I would think the Vikings would want to end their season on a high note at home after failing to fufill expecations and really falling apart after such an impressive start. The Bears have lost seven straight games on the road and probably would like another loss considering it helps their draft position. This is a game the Vikings should win rather easily, as the Bears offense is going to struggle big time against that Minnesota defense. Then again, the Vikings should have won a lot of games recently and didn't.

Still, give me Minnesota by a touchdown.