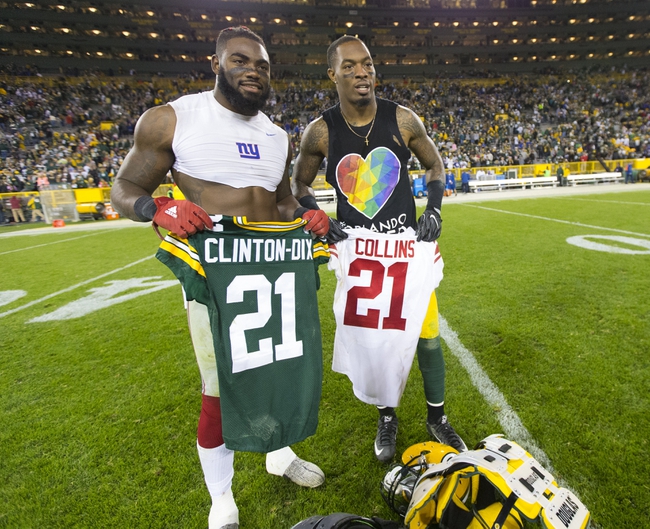 The New York Giants have a truckload of momentum heading into the playoffs after winning nine of their last 11 games. The New York Giants haven’t won a playoff game since reaching the Super Bowl in 2011. Eli Manning is completing 63 percent of his passes for 4,027 yards, 26 touchdowns and 16 interceptions. Manning has two or more touchdown passes in six of his last nine games. Odell Beckham Jr. and Sterling Shepard have combined for 2,050 receiving yards and 18 touchdowns while Victor Cruz has 39 receptions. The New York Giants ground game is averaging 88.3 yards per contest, and Rashad Jennings leads the way with 593 yards and three touchdowns. Defensively, New York is allowing 17.8 points and 339.7 yards per game. Landon Collins leads the New York Giants with 125 tackles, Olivier Vernon has 8.5 sacks and Dominique Rodgers-Cromartie has six interceptions.

The Packers and Giants met early in October, and Green Bay won 23-16 after holding New York to just 221 yards of offense. The New York Giants are playing some incredible football right now thanks to a defense that has quickly become one of the best units in the league. The Giants also have the wide receivers to give the Packers shaky secondary hell. However, winning in Green Bay this time of year is possibly the hardest thing to do in the NFL. The Packers are also healthier on defense and have a quarterback in Rodgers who hasn't thrown an interception in seven straight games and has eight touchdown passes in his last two games. When Rodgers is playing at this level, the Packers are impossible to beat.