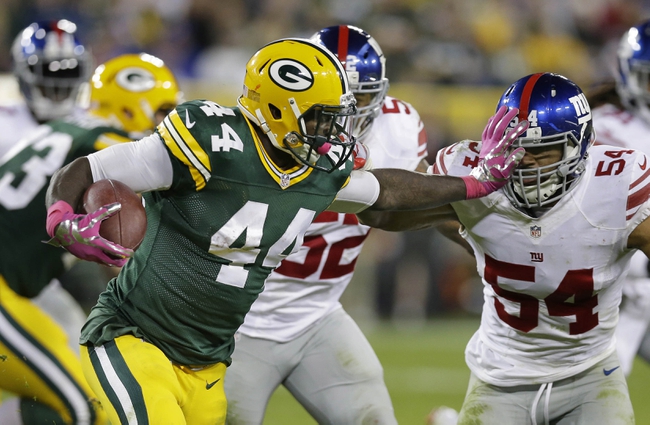 The New York Giants look for another wild card to the Super Bowl as they kick off their playoff push at Lambeau Field against the Green Bay Packers.

The Giants are back in the postseason and this group is drawing comparisons to their last two Super Bowl winners as they take to the road as the fifth seed in the NFC and will take on the Packers in Green Bay on Sunday. New York has ridden the play of their much improved defense that is littered with free agent acquisitions but in order to keep this one close and perhaps pull off the upset win the Giants are going to need a big afternoon from Eli Manning, Odell Beckham, and the rest of the offense. New York fell short of the Cowboys in the NFC East but qualified thanks to a respectable regular season and as we have seen with this group in year’s past, they are more than capable of playing on the big stage and Eli has a knack for finding ways to win games that many think is out of the question.

The Packers meanwhile won their final six games of the regular season and claimed the NFC North title and thus have home field advantage for Sunday’s wild card round against the Giants. Aaron Rodgers was on another level in the second half of the season and is certainly worthy of MVP discussion once again as he turned a 4-6 team that was getting highly criticized for their predictable, ineffective offense to a division winner after proclaiming his team would win their final six games of the season. The Packers are always a tough out at home and even more so when it comes to playoff football and as such they are pretty substantial favourites in this spot considering it is the 4-5 matchup which usually corresponds to a relatively close point spread.