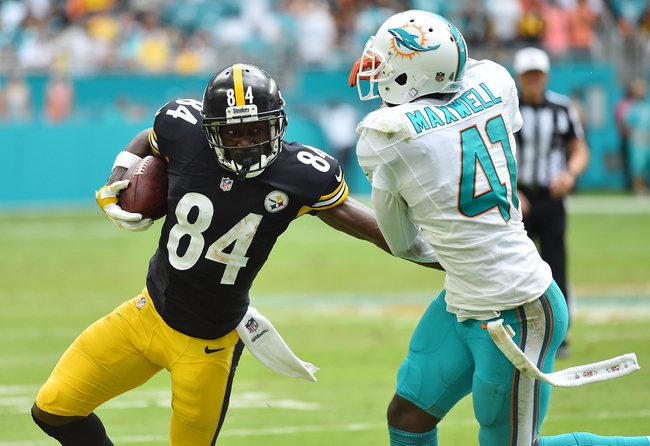 We’ve got a great AFC Wild Card playoff matchup in the NFL coming up on Sunday, January 8 from Heinz Field as the Miami Dolphins visit the Pittsburgh Steelers.

Interestingly enough, these two teams met up back in Week 6, with the Dolphins coming out on top 30-15 in Miami.

The Dolphins managed a 10-6 record this season to secure a Wild Card berth. Miami started out just 1-4, but surged ahead with nine wins in their final 11 games to finish second in the AFC East behind the New England Patriots. New England beat Miami in Week 17 35-14 to close out the year on a sour note for the Dolphins.

Leading the Dolphins behind center this year is QB Ryan Tannehill, who finished with 2995 yards, 19 TDs and 12 picks. Jay Ajayi had a great year at RB with 1272 yards and eight scores, while Jarvis Landry leads the Dolphins in receiving with 1136 yards and four sores.

Over on the Steelers’ side, they put together an 11-5 record this season. Pittsburgh stumbled out of the gate with a 4-5 record, but closed the season with seven straight wins to roll to the top of the AFC North.

Steelers QB Ben Roethlisberger had a nice season on 3819 yards, 29 touchdowns and 13 picks, while RB Le’Veon Bell kept pace on the ground with 1268 yards and seven scores. Antonio Brown led Pittsburgh in receiving this regular season with 1284 yards and 12 touchdowns on 106 receptions.

If this were a smaller single-digit spread—say, 6 or 7—I’d be all over the Steelers here. (Since being released, the line has grown quite a bit and is now in double-digits.) Pittsburgh tends to play better at home, and coming into this game on a roll it’s the Steelers’ game to win. Pittsburgh hasn’t been blowing people out during their win streak, though; their last four games have been decided by a touchdown or less. With that in mind, I feel like the line is about right, and Miami has a better chance at eking out a cover than Pittsburgh does at dominating one. I’ll take the Dolphins.