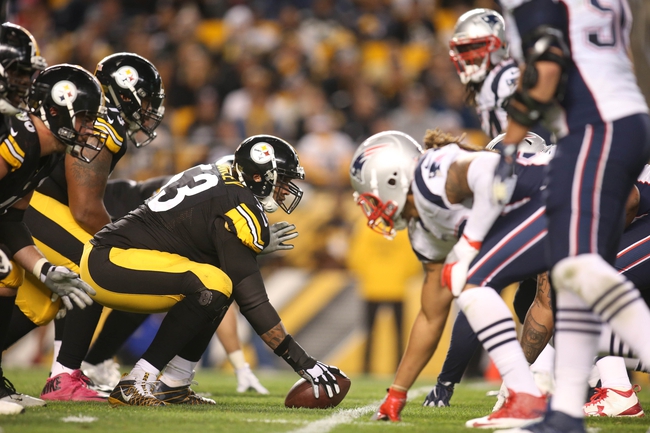 Coming up on Sunday, January 22 from Gillette Stadium in Foxborough, the NFL is bringing us the AFC Championship between the Pittsburgh Steelers and the New England Patriots.

Pittsburgh earned the trip to this game with a win over the Dolphins 30-12 in the divisional round and a tight 18-16 victory over the Chiefs this past weekend. In that game, Steelers RB Le’Veon Bell led the charge with 170 yards on 30 carries while WR Antonio Brown put up 108 yards on six catches.

During the postseason so far, Pittsburgh QB Ben Roethlisberger is 33-of-49 for 421 yards, two touchdowns and three interceptions. Bell has been great in the playoffs for the Steelers with 59 rushes, 337 yards and a pair of touchdowns, and Brown is tops in receiving with 11 receptions on 20 targets for 232 yards and two scores.

As for the Patriots, they finished the regular season with a No. 1 seed and a first-round bye, then took care of business against the Texans this past weekend 34-16. New England started out fairly slowly in that game, but finished strong for a 34-16 victory.

New England QB Tom Brady finished off a great (yet shortened) regular season with 3554 yards, 28 touchdowns and just two picks, while RB LeGarrette Blount led the team on the ground with 1161 yards and 18 scores. Wide receiver Julian Edelman was tops for New England in receiving with 98 catches, 1106 yards and three scores.

This should be a great game, and an instant classic. It’s a tough one to call, though: New England has looked very strong all year, but if there’s one AFC team that can topple them it’s scrappy Pittsburgh. Interestingly enough, this will continue the trend of just four quarterbacks representing the AFC in the Super Bowl since 2003 (Joe Flacco and Peyton Manning being the other two), so Roethlisberger and Brady are the two players to watch here. Expect a heavy dose of ball control and Le’Veon Bell on the Steelers side as they attempt to keep Brady off the field. If Big Ben can augment that with a few pinpoint throws, Pittsburgh can stay in this game. I still think the Patriots win here, but it should be a tight one and the Steelers have a good shot at eking out a cover.