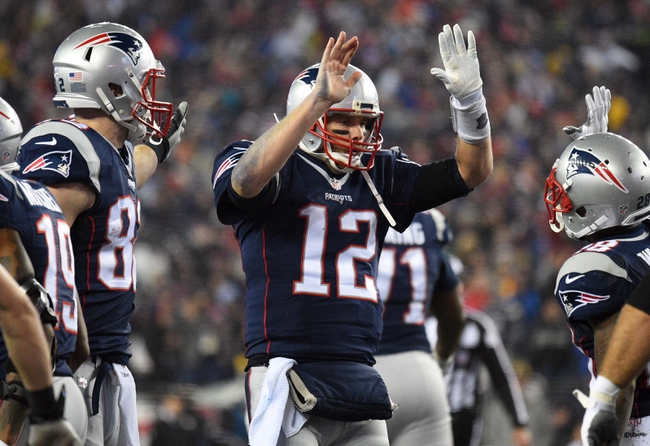 The New England Patriots enter this game on a nine-game winning streak after beating up the Pittsburgh Steelers in the AFC Championship. The New England Patriots hope to win their fifth Super Bowl crown in franchise history. The Pats get a lot of their headlines because of quarterback Tom Brady, and for good reason, he has 11 touchdown passes in his last four games. Brady plays his best in big games and has made the most out of guys such as Chris Hogan and James White. However, the Patriots defense has allowed 17 or less points in five straight games and has four interceptions in two playoff games. Logan Ryan leads the Pats with 16 tackles, Malcom Brown has one sack and Devin McCourty has one interception. The Patriots are 13-1 SU this season when allowing 21 or less points. When you add that defensive effort with what New England can do on the offensive end, the Patriots are basically impossible to beat.

The Atlanta Falcons have won six straight games and are fresh off a win over the Green Bay Packers in the NFC Championship. The Atlanta Falcons have a shot at their first Super Bowl victory in franchise history. The Falcons head into the big game with one of the scarier offenses we’ve seen in a while, as Atlanta has scored 28 or more points in eight straight games and outside both playoff opponents by a combined score of 80-41. Matt Ryan has three or more touchdown passes in seven of his last 11 games, and he has a gang of weapons led by Julio Jones, Mohamed Sanu and Devonta Freeman. The Falcons have scored 23 or more points in every game this season expect their week 10 loss to the Philadelphia Eagles. Defensively, the Falcons have five sacks and three interceptions in two playoff games and have allowed 21 or less points in six of their last eight games. Keanu Neal leads Atlanta with 17 tackles, Brooks Reed has one sack and Ricardo Allen has two interceptions.

I picked against the Falcons in both playoff games and got toasted. The Falcons have an offense that's just unstoppable, as they've scored at least 28 points in every game the last two months. That's likely not going to change here given that the Super Bowl will be played in a dome and a fast track where the Atlanta players will be comfortable and able to stick to their usual game plan. The Patriots are who they are, a well oiled machine that relies on Brady, a quick passing game and a defense that seems to come away with big plays in the biggest moments. It's tough to bet against New England, especially when Bill Belichick has an extra week to prepare. However, I'm backing the Falcons to win the Super Bowl. I'm finally on the Atlanta bandwagon.

I'm not sure the Patriots will be able to match the Falcons score for score, as Atlanta has the pressure defense that can rattle Brady a bit and make him unconformable. Just look what the Falcons defense did to Russell Wilson and a red hot Aaron Rodgers. If they can do that, the Falcons can do just enough to frustrate Tom Brady. I’ve seen nothing the last eight games that makes me think the Falcons offense is going to slow down. Matt Ryan and that Atlanta offense is just too explosive and dialed in. Atlanta gets its first NFL crown.