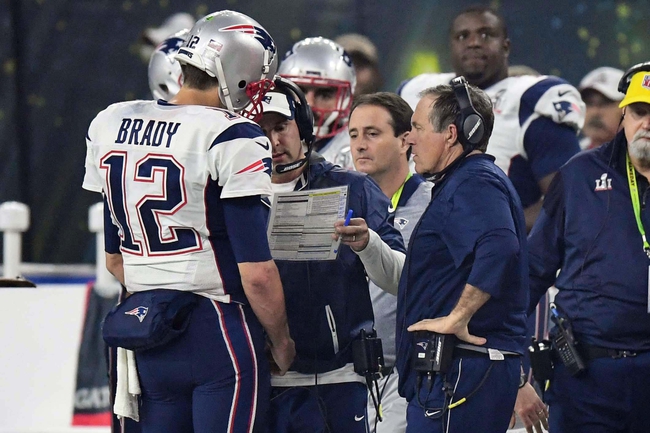 The New England Patriots have won the Super Bowl in two of the last three years and hope to repeat as they head into the 2017 season as the title favorites. The Pats have won double-digit games every year since 2003 and that will likely continue as long as the franchise is being led by Bill Belichick and Tom Brady.

Same song and dance with the legendary duo.

Key Player Losses: The Pats lost its second best receiver in tight end Martellus Bennett, (Green Bay Packers) who had 701 yards and seven touchdowns on 55 receptions. Running back LeGarrette Blount looks like he's gone after producing nearly 3,000 yards and 34 touchdowns in four seasons. The Pats released tackle Sebastian Vollmer, who is a two-time Super Bowl champion and has 80 career starts under his belt. Leading tackler and cornerback Logan Ryan leads for the Tennessee Titans after four seasons and 13 interceptions while defensive end Chris Long will play for his third team (Philadelphia Eagles) in three seasons after four sacks in one year with the Pats.

Key Player Additions: The Patriots hit a homerun by trading for speedy wide receiver Brandin Cooks, who had 20 touchdowns and 2,800 receiving yards in three seasons with the New Orleans Saints. Cooks will open up the field and make life even easier for Brady. Tight end Dwayne Allen is going to look good next to Rob Gronkowski, as the 6’3” target has 15 touchdowns in his last three seasons and is a solid run blocker as well. Defensively, the Patriots added cornerback Stephon Gilmore, who has three or more interceptions in each of the last three years and is a physical tackler who brings swagger to a defense.

Draft: The Patriots didn't have a first or second round pick, so all of their selections add depth or are value pickups. Derek Rivers is a solid pass rusher who could crack playing time in a young defense while Antonio Garcia is a versatile offensive lineman who could start in a few years. Defensive end Deatrich Wise Jr. could have gone higher if it weren't for injuries and Connor McDermott can play either tackle position and eventually develop into a backup lineman. Not a draft to write home about for the Pats in terms of guys who can contribute right away.

Outlook: Is Bill Belichick still the head coach? Is Tom Brady still the quarterback? Yes. That means it's Super Bowl or bust for the Patriots. In fact, with Brady already up there in age, now is the time more than ever to capitalize on the championship window. We're also talking about a team that got even better during the offseason with the addition of Cooks and Gilmore. New England is the considerable Super Bowl favorite and history is on its side to make another run. However, no team has won back-to-back Super Bowls since 2004-05, so I won't be touching this low future price.