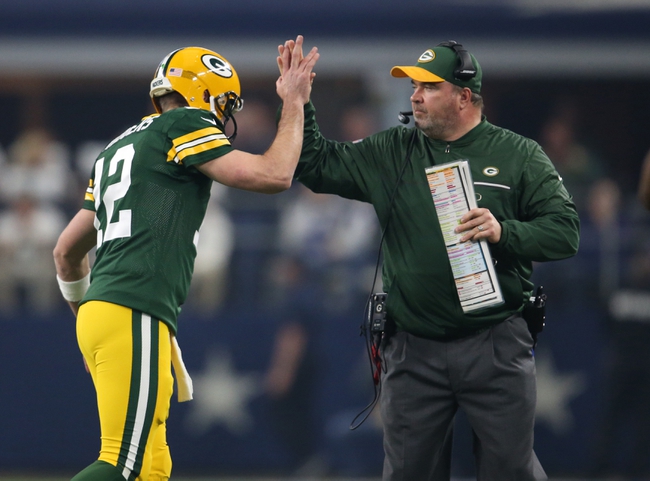 The Green Bay Packers haven't missed the playoffs since the 2008 season and have come a game away from the Super Bowl in two of the last three years. While some question if the franchise should move on from coach Mike McCarthy, there's no denying the Packers consistency the last several seasons, and they enter this year as a championship favorite.

Will this be another season the Packers make a deep playoff run and possibly their first Super Bowl appearance since 2010?

Key Player Losses: The Packers lose Eddie Lacy to Seattle, a running back who was productive and still had something left in the tank at 26 years old, but his constant injury issues and concerns with weight became too much. Running back Christine Michael is also a free agent. Tight end Jared Cook leaves for Oakland after 30 receptions and one touchdown in one season with the Packers. Defensively, Micah Hyde is in Buffalo, Julius Peppers returns to Carolina and Datone Jones is in Minnesota. Hyde was one of the better tacklers for Green Bay last season and Peppers has had no less than seven sacks since 2008 despite being 37 years old. Cornerback Sam Shields was released after suffering several concussions and playing just one game last season.

Key Player Additions: The Packers sign six-time Pro Bowl selection and Super Bowl champion in guard Jahri Evans who has 169 starts under his belt. Green Bay also upgraded at tight end by signing Martellus Bennett, who has five or more touchdown receptions in four of his last five seasons and is fresh off one of his better seasons with Tom Brady and the Patriots. Cornerback Davon House returns after spending a couple of years in Jacksonville.

Draft: Kevin King is a 6’3” cornerback who has experience playing safety, and he’ll get a lot of work his rookie season considering the Packers were one of the worst defenses in the league last year against the pass. The same can be said for safety Josh Jones, who could also become the replacement fro Morgan Burnett if he leaves after this season. Defensive tackle Montravius Adams probably would have gone higher if there weren't questions about his work ethic, as he's a versatile player who has quickness for his size. Vince Biegel is a linebacker who does the little things well and plays hard despite limited upside. He’ll also be a fan favorite coming from Wisconsin. Running back Jamaal Williams was a steal for me, as he's a physical no nonsense running back who can replace what Lacy brought to the table. Great value in the fourth round. The Packers hit defense hard for good reason and got a few players who can contribute right away. I like this draft for Green Bay.

Outlook: The Green Bay Packers have to get better on the defensive side of the ball if they’re going to be taken seriously as a Super Bowl contender. The Packers secondary was torched last year and the team allowed 24 or more points in nine of the first 13 games. That’s not going to get the job done. As for the rest of the team, Aaron Rodgers runs the show and proved in the second half of the year that there's still elite football left in that 33-year-old body. The Packers are going to score points, it’s just a matter of the defense doing its part to close the deal. If the defense can get stops, the Packers have as good of shot as anyone to be playing in February. If it's a case of last year all over again, Green Bay will fall short. These Super Bowl odds are worth a look if you believe the defense will improve.