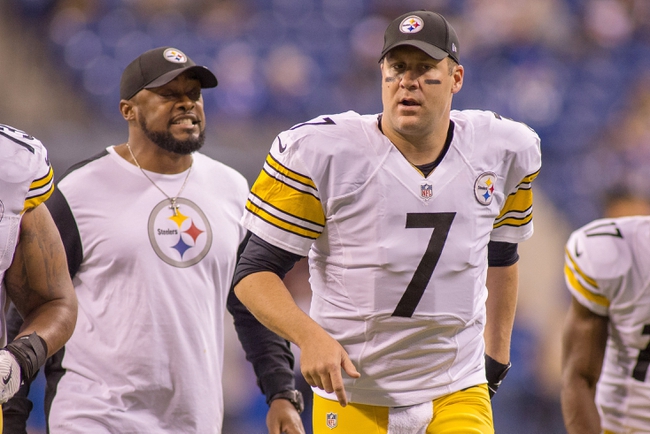 The Pittsburgh Steelers have won double-digit games each of the last three seasons but haven't made the Super Bowl since 2007. Pittsburgh is one of those cities that expects championships, and it's been a lot of coming up short despite solid regular seasons. This is yet another season the Steelers enter the year as one of the teams to beat in the NFL.

Can Mike Tomlin and company snap this minor drought and get back in the big game?

Key Player Losses: Offensively, the Steelers say bye to running back DeAngelo Williams, who played two years in Pittsburgh and racked up more than 1,200 yards and 15 rushing touchdowns. Wide receiver Markus Wheaton is now in Chicago after 1,500 yards and eight touchdowns with Pittsburgh. The main losses for the Steelers this offseason came on defense with Jarvis Jones ending up in Arizona and Lawrence Timmons leaving for Miami. Timmons led Pittsburgh in tackles last season with 114 and is a key run stuffer, while Jones played four seasons in Pittsburgh, producing six sacks, 83 tackles and two interceptions.

Key Player Additions: The Steelers added some defensive depth with defensive end Tyson Alualu and cornerback Coty Sensabaugh, two players have have shown flashes of being consistent contributors but are mainly rotation players. Offensively, Pittsburgh added running back Knile Davis and wide receiver Justin Hunter. Davis had his moments when playing in Kansas City and Hunter has 1,300 receiving yards and 12 touchdowns in a career where he's bounced around. None of those signings jump off the page, but they add depth to an already very good team.

Draft: Linebacker T.J. Watt fills a need considering the Steelers struggled rushing the passer last season, and he will see playing time right away with Jones no longer on the team. JuJu Smith-Schuster is a receiver who can stretch the field and help out on special teams, and hes insurance in case something happens to Martavis Bryant or Sammie Coates again. Cameron Sutton could see playing time right away as a slot cornerback and running back James Conner is a high character guy with an old school mentality and will become a fan favorite. The Steelers also added quarterback Joshua Dobbs, who is an intelligent QB with great athleticism and could turn into something in a couple years, especially with Ben Roethlisberger taking his career year by year at this point.

Outlook: On paper, the Steelers probably have the most explosive offense in the NFL and that’s enough to make them Super Bowl contenders. To get over the hump, this young defense needs to continue making progress and become more of a difference making unit. Pittsburgh finished 12th last season in total yards allowed and did have 38 sacks, but you'd like to see more consistency and more takeaways from this young defense. If the Steelers defense can catch up to the offense, this team can top the Patriots in the AFC and win the whole thing. As for the Super Bowl odds, this is a decent bet and a number that won't be there later in the season when Pitt has the AFC North wrapped up.