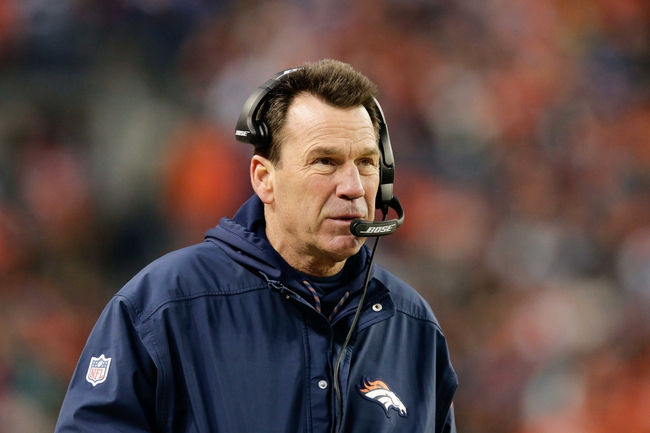 The Denver Broncos went from winning the Super Bowl to falling short of the playoffs. Talk about a humbling experience for coach Gary Kubiak and his crew. The Broncos have the pieces to get back to the postseason and make a run, it’s just a matter of the offense matching the defense and producing a balanced attack. It's no coincidence the Broncos were 9-3 last season when scoring at least 14 points.

The Broncos haven't missed the playoffs back-to-back years since 2009-10.

Key Player Losses: The Denver Broncos really didn't lose anybody worth mentioning on either side of the ball. The only move that stands out is the retirement of DeMarcus Ware, a probable hall of famer who finished his career with 138.5 sacks, 35 forced fumbles and 26 pass deflections. Ware was still a productive player, but injuries were clearly catching up to him and was no longer a lack for double-digit sacks.

Key Player Additions: As already mentioned, the Broncos did a great job of keeping this team together, so there were no notable losses and few additions to mention. The couple of moves that were made were on the defensive side with depth being addressed in the additions of nose tackle Domata Peko, defensive end Zach Kerr and linebacker Kasim Edebali. Offensive tackle Menelik Watson is also a reliable player when he’s healthy, something he's struggled with as of late.

Draft: The Broncos needed offensive line help and Garett Bolles has the potential to be the starting left tackle right away. DeMarcus Walker will be an immediate contributor on a defensive line that loss some depth. Wide receiver Carlos Henderson is sure to see some playing time with no proven options behind Emmanuel Sanders and Demaryius Thomas. Brendan Langley is a long cornerback who could eventually see the field and tight end Jake Butt would have gone a lot earlier than the fifth round if it weren't for injuries. Overall, the Broncos landed a lot of quality players and guys who can make impacts right away.

Outlook: The Denver Broncos still have one of the top defenses in the league and that’s enough to make them a contender in the AFC West and a team few want to see in the playoffs. The issue remains at the quarterback position and the offense overall. Can the offensive line improve from a year ago? Is Trevor Siemian really the quarterback capable of leading this team to a deep postseason run? I’m not sure anyone has concrete answers to either of those questions. That’s why I wouldn't touch these future odds, but the Broncos are a team you can make some nice money on throughout the season.