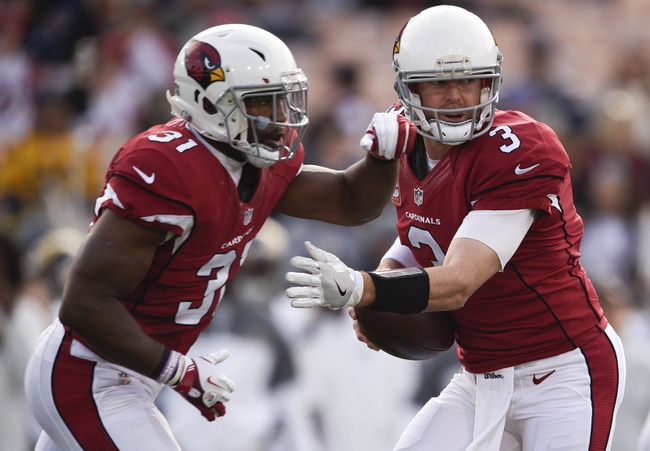 The Arizona Cardinals are coming off a rough 7-8-1 season that prevented them from making the playoffs for a third straight season for the first time in franchise history. Given the struggles from last season and the players they lost, this is a season that could go either way and I’m not sure how anybody can be confident in either side.

Either way, the Cardinals look to make the playoffs for a third time in four years, which would be a first in franchise history.

Key Player Losses: The Arizona Cardinals kept their offense together, but the same can't be said for their defense and special teams. The Cards lost defensive lineman Calais Campbell, cornerback Marcus Cooper, linebacker Kevin Minter and a pair of safeties in D.J. Swearinger and Tony Jefferson. If you're not keeping track at home, the Cards lost five of their top six tacklers from last season, creating major holes in this defense. If that weren't enough, the Cardinals lost their kicker in Chandler Catanzaro and punter in Ryan Quigley, raising question marks on special teams as well.

Key Player Additions: The Cardinals lost a bulk of their defense during the offseason, so most of their key additions came on that side of the ball. Safety Antoine Bethea is a three-time Pro Bowl, Super Bowl champion and brings 19 interceptions and 61 pass deflections to the table. Linebacker Karlos Dansby is a Cardinal for the third time in his career and has 42 career sacks and 19 interceptions to his resume. Linebacker Jarvis Jones is starting to come into his own at 27 years old and racked up 129 tackles with his time in Pittsburgh. Kicker Phil Dawson was also picked up, and he's made 84.5 percent of 478 field goal attempts.

Draft: Linebacker Haason Reddick is versatile and athletic, making him a great fit in a Arizona defense that is loaded with guys who have similar skill sets. He's an immediate contributor. Safety Budda Baker has playmaking skills and is willing to help in run support despite his size. Wide receiver Chad Williams adds depth to an aging wide receiving corps and has speed to stretch the defense. Dorian Johnson is a tough nosed guard who will make the team as a backup, and running back T.J. Logan has terrific quickness and is a reliable receiver out of the backfield. The Arizona Cardinals picked up a couple of guys who can contribute immediately and added depth in key areas, so this was a solid draft.

Outlook: The Cardinals have enough weapons on offense to be a dangerous team and there's still enough defensively to provide balance. The Cards still have one of the best running backs in the league in David Johnson and talented receivers around him. The problem is 37-year-old Carson Palmer in the quarterback, a guy who seems to be getting worse with age and made sme seriously bad throws last season. The defense should still be in good hands with the veterans they added during the offseason and with Patrick Peterson, Chandler Jones and Tyrann Mathieu anchoring last year's unit. The Cards are still a team to watch, but I wouldn't touch their Super Bowl odds given their quarterback situation.