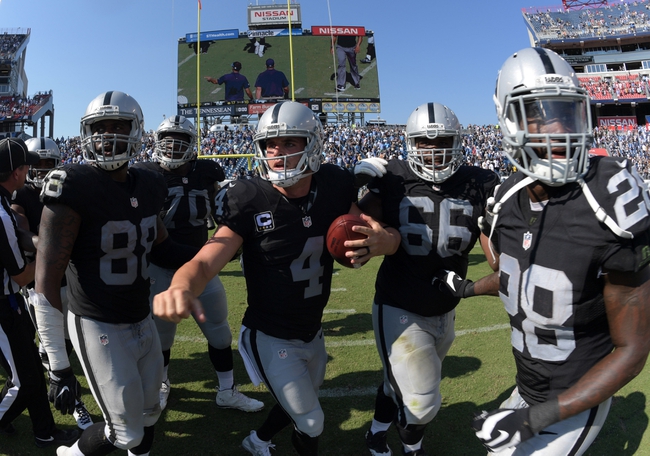 The Oakland Raiders won 12 games last year and experienced their most successful season since making the Super Bowl in 2002. While some of the steam may be gone with an eventual move to Las Vegas, the Raiders are still a legit Super Bowl contender this season and have a chance to leave the true fans of Oakland with something special before leaving town. This is a fun team to watch, especially with a healthy Derek Carr at quarterback.

Is this the year the Raiders win their first Super Bowl since 1983?

Key Player Losses: The Raiders lost their leading rusher in Latavius Murray (Minnesota Vikings), who was starting to come into his own as a top running back and had more than 1,800 yards and 18 touchdowns the last two seasons. Tight end Mychal Rivera leaves for Jacksonville after 10 touchdowns and 1,400 yards in four seasons with Oakland. Defensively, linebacker Malcolm Smith leaves for San Francisco after 103 tackles, cornerback D.J. Hayden is in Detroit after four seasons and safety Nate Allen is in Miami after two seasons and three interceptions.

Key Player Additions: The big splash for the Raiders was bringing Marshawn Lynch out of retirement, a five-time Pro Bowler who has more than 9,000 rushing yards and 74 touchdowns. Lynch didn't play last season, bt he's sure to bring energy to this Raiders offense given his style and the fact he's from Oakland and extremely excited to be wearing the silver and black. Tight end Jared Cook sings with the Raiders and has had 30 or more catches in each of the last six seasons. Defensively, linebacker Jelani Jenkins comes over from Miami after 163 tackles and 3.5 sacks in four seasons with the Dolphins.

Draft: The Raiders needed help in a secondary that got torched against the pass last season and cornerback Gareon Conley is somebody who can help right away in nickel packages and provides depth in case of an injury. The same can be said for safety Obi Melifonwu, who is a terrific athlete and is willing to get his hands dirty in run support. Defensive tackle Eddie Vanderdoes is one of those guys who will likely have a better pro career than college, as he has great upside as a run stopper. David Sharpe could make the team as a backup offensive guard and linebacker Marquel Lee can contribute immediately on special teams. Overall, the Raiders snagged a few players who will see the field this season, which is good for a team chasing a Super Bowl.

Overall: Word is that quarterback Derek Carr has been a full participant in OTAs and is fully recovered from his broken leg suffered last season. That makes the Raiders a strong play in terms of future bets. The Raiders offense can go toe-to-toe with any in the league and even more so with Beast Mode in the backfield, giving this offense some toughness. The concern for the Raiders is the defensive side of the ball, but that area was addressed in free agency and the draft, and we have to remember that a lot of the key players are young and should improve with more experience. I'm high on the Raiders this season, and with these odds, this is probably my strongest play yet when it comes to value odds of winning the Super Bowl.