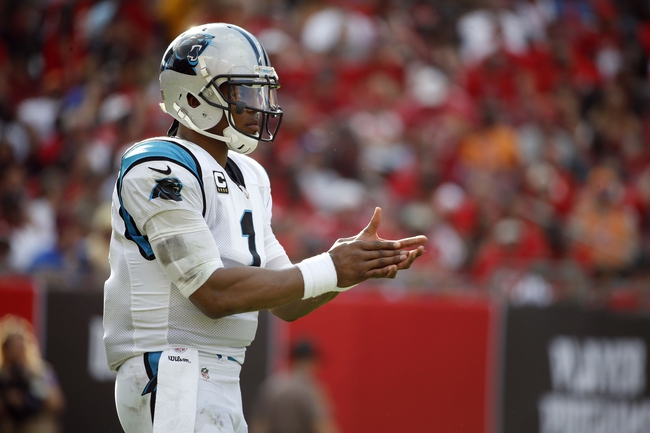 The Carolina Panthers went from making the Super Bowl to not making the playoffs and finishing the season with a losing record. The Panthers haven't finished with back-to-back losing records since 2011-12, so there's some pressure on this franchise to right the ship and become one of the teams to beat in the NFC again.

Is there enough talent for Carolina to get back to the top of the mountain?

Key Player Losses: The Panthers parted ways with receivers Ted Ginn Jr. and Corey Brown. Ginn had his best seasons in Carolina and Brown is a young player who had 79 receptions in three years despite not being one of the first options within the offense. Defensively, the Panthers lost a lot of young players chasing more money or playing time, including Robert McClain, Kony Ealy, A.J. Klein and Leonard Johnson. None of these losses are going to make or break the Panthers, but it does cut into their depth a bit.

Key Player Additions: Despite being 36 years old, safety Mike Adams is still a reliable defensive back who is coming off 79 tackles last season and made the Pro Bowl in 2015. Wide receiver Charles Johnson is a big target at 6’2” and has flashed decent production when given the chance to make plays. Although the big pickup was snagging new left tackle Matt Kalil, who has 66 starts under his belt at 27 years old and was a Pro Bowl selection in 2012. Kalil improves an offensive line that didn’t do Cam Newton many favors last season if we’re being nice.

Draft: Christian McCaffrey is a versatile running back who adds playmaking ability to an offense that lacks playmakers. It's never good when the quarterback is easily the second-leading rusher, so McCaffrey is a guy who will fight for the starting job right away. Wide receiver Curtis Samuel is a speedster who can take the top off a defense and take the ball out of the backfield. Samuel is another player who will contribute immediately. Offensive lineman Taylor Moton can play guard or tackle and has a chance to win a starting spot during training camp. Defensive end Daeshon Hall adds much needed depth along the line and is already polished enough against the run to be worthy of playing time. Cornerback Corn Elder is a tough run defender with a high football IQ and has a shot to make the team as a backup. The Panthers hit home runs in their draft by snagging several players who will see the field a lot their rookie seasons.

Outlook: The Carolina Panthers drastically improved their offense during the draft and return majority of their defense that continues to be a consistent unit. Not to mention the Panthers still have one of the top quarterbacks in the league, which always gives this team a chance to make a run. The problem I have with the Panthers is the division they’re in. The Atlanta Falcons are fresh off a Super Bowl run and return the bulk of their team, the Tampa Bay Buccaneers are one of the top up and coming teams in the league and poised for a playoff berth, while the New Orleans Saints still have Drew Brees and can never be counted out. The NFC South is loaded and I wouldn’t be surprised if any of those four teams made the playoffs. So, are the Panthers going to be consistent enough to make the playoffs this season? Honestly, I probably trust the Bucs and Falcons more at this present moment. So, in terms of the Super Bowl odds, I’d stay away.