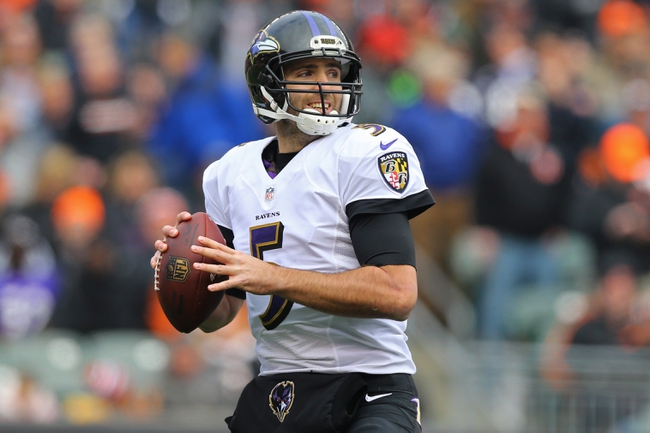 The Baltimore Ravens hope to get back on the wagon, as they haven’t missed the playoffs three straight seasons since 1997-99. The Ravens have won a combined 13 games the last two seasons and have won double-digit games just once in the last four years. Needless to say, this is a big year for John Harbaugh and the rest of the team in terms of where the franchise moves forward.

Will the Ravens get back into the postseason in 2017?

Key Player Losses: The Ravens had wide receiver Steve Smith Sr. retire after three seasons with the franchise and 14 touchdowns during that time. Elvis Dumervil, who has 99 career sacks, is now a free agent at 33 years old. Receiver Kamar Aiken left for the Indianapolis Colts after 1,500 yards and nine touchdowns in three seasons. 24-year-old linebacker Zachary Orr retired after his best season in Baltimore, and cornerback Shareece Wright heads to Buffalo to play his his third team in his lengthy NFL career. Baltimore also loses depth on the defensive line with Tim Jernigan and Lawrence Guy now playing for different teams.

Key Player Additions: The Ravens added depth at cornerback with the addition of Brandon Carr, a big corner at 6’0”, who has over 500 tackles and 110 pass deflections over the course of his career. Baltimore also added veteran tight end Benjamin Watson, who has nearly 5,000 career receiving yards and 38 touchdowns. Other than those additions, the Ravens did a good job of keeping their own by extending contracts for Anthony Levine and Brandon Williams.

Draft: The Ravens needed help in the secondary and Marlon Humphrey is a physical cornerback who can help in run support, and he’ll play quite a bit his rookie season. Tyus Bowser is an athletic linebacker who can rush the passer and is also going to contribute right away his first season. Chris Wormley adds depth to the defensive line and is terrific in run support. Linebacker Tim Williams is a physical pass rusher who can be used in situational packages while Nico Siragusa is a long athlete who could eventually become a starting offensive guard. The Ravens had a solid draft with two or three guys who can play quite a bit their rookie seasons.

Outlook: The Baltimore Ravens are going to continue being that physical team in the trenches that can never be counted out of any game. The defense gets after it, the ground game averaged four yards per carry and the coach and quarterback Joe Flacco are an experienced combination that has proven they can win. However, the lack of depth on this Baltimore squad is concerning, as the defense has gotten older, there's limited weapons at receiver and Flacco has thrown 20 or less touchdown passes in four of his last six games. I see this being another year where the Ravens are a middle of the road team that is fighting for a playoff spot the last couple of weeks and possibly comes up short. I wouldn't touch these Super Bowl odds.