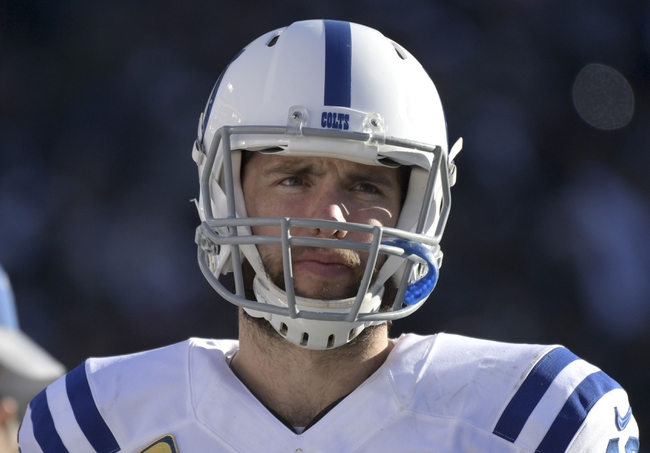 The Indianapolis Colts have missed the playoffs in back-to-back seasons and haven't missed the postseason three straight years since 1992-94. In a subpar division, there's really no excuse for this franchise to be a combined 16-16 the last two seasons. This is probably a make or break season for coach Chuck Pagano, and some would argue he should have been fired at the end of last year.

There's a lot of pressure on Indianapolis to turn things around or there will likely be some changes.

Key Player Losses: The biggest loss for the Colts was losing tight end Dwayne Allen to the rival New England Patriots, a talented receiver who had 1,400 receiving yards and 19 touchdowns in five seasons with the franchise. The rest of the losses come on defense due to Indianapolis cleaning house, as one of its top tacklers in D'Qwell Jackson is a free agent, Josh McNary is in Jacksonville, Patrick Robinson is in Philadelphia and Robert Mathis is retired. Linebacker Erik Walden is also a free agent after 11 sacks last season and is now visiting other teams.

Key Player Additions: The Clts hammered defense during free agency, as they added a pair of linebackers in Sean Spence and Barkevious Mingo, a young duo that has a chance to be really effective with consistent playing time. Defensive tackle Johnathan Hankins also makes the Colts line instantly better after proving himself with the New York Giants, and he is just now entering his prime at 25 years old. Offensively, the Colts added wide receiver Kamar Aiken, who has nine touchdowns in his last three seasons.

Draft: The Colts were brutal against the pass last season, and Malik Hooker is a big safety at 6’1” with terrific ball skills who can step in right away and help out. Quincy Wilson is a big cornerback at 6’2” who adds even more depth to a secondary that was torched every Sunday. Tarell Basham is an athletic and big defensive end who will see time as a rookie and could become a starter sooner than later due to the Colts struggles defensively. Zach Banner is a 6’8” tackle who is effective in run blocking while Marlon Mack is a big play running back with decent receiving skills and could become the steal of the Colts draft. Overall, the Colts loaded up defensively with talented, big defenders and that should help a unit that was one of the worst in the league.

Outlook: Only Cleveland and San Franciso allowed more total yards than the Indianapolis Colts last season. Thats a bad defense, folks. The question is did one offseason of free agency and the draft improve that unit so much where we can say the Colts are a for sure playoff team? The good news is that even with that lousy defense and an off year from Andrew Luck, the Colts still won eight games. A bounce here or a bounce there, and the Colts probably would have made the postseason. So, if Indy can make strides defensively with its new players and Luck returns to being a top-eight quarterback, the Colts can make some noise in the watered down AFC South and give value to such big Super Bowl odds. However, the Colts aren't exactly on my radar when it comes to future bets, as this team still has a lot of holes and limited upside for me to consider.