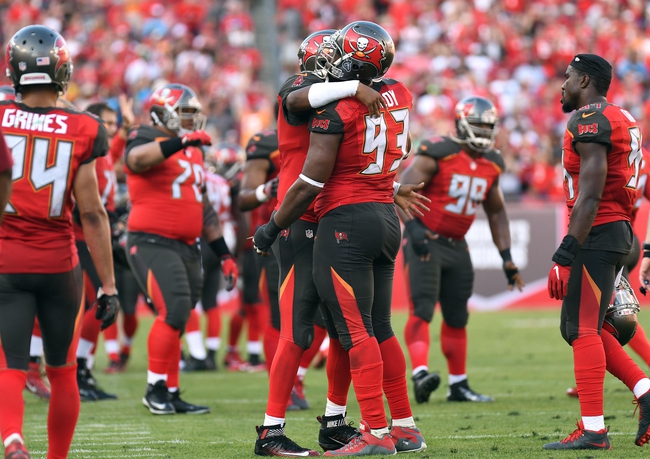 The Tampa Bay Buccaneers have not made the playoffs since 2007, but they did show promise last year with nine victories in the first season under coach Dirk Koetter. The Buccaneers have improved their win total in each of the last three years, so this is a franchise clearly heading in the right direction and have quietly become a trendy pick in terms of being the breakout team, which of course, has some pounding those future bets.

Is there value when it comes to the Buccaneers this season? Is this the team to watch?

Key Player Losses: The Bucs had their receiving core take a hit when Russell Shepard left for Carolina, Vincent Jackson is a free agent and Cecil Shorts III may be forced to retire after a brutal knee injury. Defensively, safety Bradley McDougald is now in Seattle after finishing second on the team with 91 tackles last season and producing five interceptions in three seasons overall. Young defensive tackle Akeem Spence finds himself in Detroit after four seasons with the Bucs that included 98 tackles and 5.5 sacks.

Key Player Additions: The Buccaneers made a splash by adding wide receiver DeSean Jackson, who is still one of the fastest and most explosive targets in the league at 30 years old. Jackson has topped 1,000 receiving yards in three of the last four years and will make life easier for the rest of the players on this Tampa Bay offense. Defensively, safety J.J. Wilcox comes over from Dallas after 156 tackles and 15 pass deflections in four seasons. Defensive tackle Chris Baker is solid against the run and has produced a combined 10.5 sacks the last two seasons. Nick Folk also provides stability at kicker, as he was a Pro Bowl selection in 2007 and has made 81.3 percent of his 294 career field goal attempts.

Draft: O.J. Howard is an elite tight end prospect who is a solid run blocker and an even better big play threat who can stretch the field. Howard will make this Tampa Bay offense more explosive and instantly makes Jameis Winston a better quarterback. Justin Evans is a playmaker at the safety position, who may get beat sometimes more than you'd like, but he's reliable against the run and closes well. Chris Godwin has the ability to be a No. 3 receiver in this offense due to his route running and above-average speed. Linebacker Kendell Beckwith is a talented pass rusher who would have gone before the third round if it weren't for an ACL injury. Running back Jeremy McNichols is another player with an injury history, but he's a nice receiving option and adds versatility to the offense. Stevie Tu'ikolovatu is a massive defensive tackle at 330 pounds and could be a nice rotation player if he makes the team.

Outlook: The Tampa Bay Buccaneers are a team to keep a very close eye on, as the defense remains intact from a unit that showed flashes last season of being really good. Jameis Winston is starting to make strides at just 23 years old and should have his best season yet with all of these new weapons around him. It’s no longer Mike Evans or bust, as the additions of Howard and DeSean give this Tampa Bay offense three legit players defenses have to worry about. I’m predicting playoffs for the Buccaneers this season, which makes these Super Bowl odds a little tempting. It may be a year or two early for this squad in terms of legit title contention, but the Bucs are going to be a fun team to watch and are sure to make you a lot of money in individual games against the number.