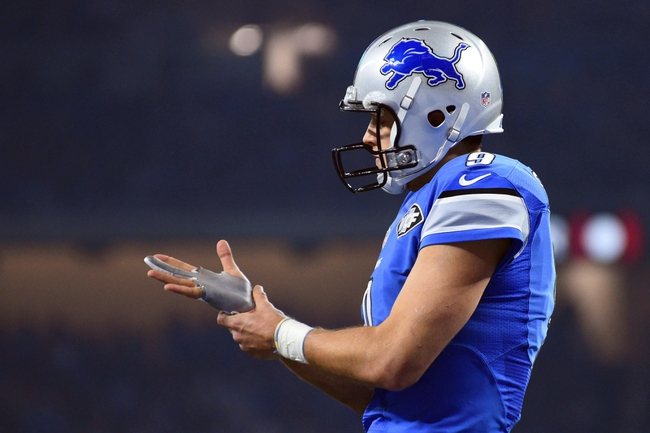 The Detroit Lions have a shot to make the playoffs in back-to-back seasons for the first time since 1994-95. The Lions also hope this is the season they can win their first playoff game since the 1991 season. Even with some minor success the last few years, there’s still a serious drought going on in Detroit. Needless to say, Detroit football fans are hungry for any big success and would love to be that breakthrough team that catches people by surprise.

Are the Lions ready to make that jump in the fourth season under coach Jim Caldwell?

Key Player Losses: Wide receiver Anquan Boldin is a free agent after hauling in 67 receptions for 584 yards and eight touchdowns in one season in Detroit, but he will be 37 years old in October. Safety Rafael Bush leaves for New orleans after possibly his best season that included 53 tackles and two interceptions. Defensive end Devin Taylor is a free agent after four seasons with the Lions that came with 92 tackles and 15 sacks. The Lions also released linebacker DeAndre Levy, who has played for the team since 2009 and produced 639 tackles and 12 interceptions.

Key Player Additions: The Lions bolstered the offensive line by adding 2016 Pro Bowl guard T.J. Lang, who has 94 career starts under his belt at 29 years old. Offensive tackle Rick Wagner comes over from Baltimore after starting 47 games. The Lions then hit the defensive side of the ball hard by adding defensive tackle Jordan Hill, linebackers Nick Bellore and Paul Worrilow, as well as cornerback D.J. Hayden. The Lions are trying to improve a defense that was 18th in yards allowed last season.

Draft: Linebacker Jarrad Davis is a playmaker defensive player who brings some thump in the middle of the defense and should contribute right away. Teez Tabor is a physical cornerback who can help in run support, and he should also see playing time as a rookie to improve a Detroit defense that can be hit or miss. Wide receiver Kenny Golladay is a massive target at 6’4” with good hands and adds depth to a wide receiving core that can use some help. Jalen Reeves-Maybin is a solid run defending linebacker with decent cover skills and could make the team as a backup. Tight end Michael Roberts is a polished receiver who could immediately be used in red zone packages. Quarterback Brad Kaaya has the body and accuracy to be an intriguing prospect and should improve a lot learning behind a veteran such as Matthew Stafford.

Outlook: The Detroit Lions won nine games last season and have been the kings of being on the losing side of some extremely close games the last couple of years, kind of making you wonder what if. Maybe it’s just a matter of the Lions finding a way to finish games that could make them a dark horse contender in the NFC. If that’s the case, these monster Super Bowl odds could be worth a look if you're feeling a little risky. Then again, the Lions had some issues on defense last year, didn't exactly address their limited running game and have a quarterback who has had just one game changing season (2011). The Lions could once again push for an NFC North title, but we’re talking about a franchise that hasn't won a playoff game in over 20 years, so it's hard to take it seriously as a title contender. So, I wouldn't touch these future odds.