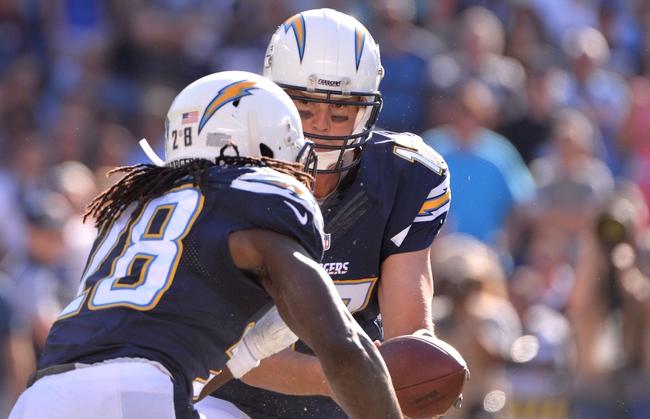 The Los Angeles Chargers leave San Diego and bring a team that's made the playoffs just once in the last seven years to the bright city of LA. the Chargers will now play their games at the StubHub Center in Carson, and maybe a change of scenery will help this franchise get on the winning side of things. After all, the Chargers have just nine combined victories in the last two seasons.

Will the Chargers be able to turn some heads in their first season in Los Angeles?

Key Player Losses: The Chargers released veteran offensive lineman King Dunlap, who has 65 career starts. Backup running back Danny Woodhead leaves for Baltimore after four seasons in San Diego in which he produced 10 total touchdowns the last two years. Linebacker Manti Te'o is now in New Orleans after four years with the Charges that included 222 tackles, two interceptions and nine pass deflections. Cornerback Brandon Flowers is a free agent after three seasons with the Chargers and nearly 500 tackles for his career.

Key Player Additions: The Chargers bring life to their offensive line with the addition of Pro Bowl tackle Russell Okung, who has 88 starts under his belt at 29 years old. Other than that addition, the Chargers didn’t really do anything groundbreaking, making sure to keep their key guys by handing out extensions and getting rid of some of the dead weight. The Chargers are pretty much the same team they were a season ago.

Draft: Mike Williams is a massive wide receiver at 6’4” with great hands and upper body strength. Williams will step in right away and be one of the first options within this Chargers offense. Forrest Lamp was a first round talent at offensive guard after he held his own against Alabama. Lamp is another guy who could start right away for Los Angeles. Guard Dan Feeney adds even more depth to the offensive line and could become a starter at some point this season. Rayshawn Jenkins is a physical safety who can help out in run support and contribute on special teams. Desmond King is a playmaking cornerback with great hands and high football IQ. Sam Tevi is an offensive lineman with a defensive background, bringing versatility to the Chargers. Isaac Rochell is a big defensive end who could be used in situational packages as a run defender.

Outlook: The Chargers will have an improved offensive line thanks to the draft and free agency, and they have a legit wide receiver to take some of the pressure off Keenan Allen. Assuming Melvin Gordon can stay healthy and Philip Rivers can make less boneheaded decisions with the football, the Chargers have an offense that can keep them competitive. The problem is the Chargers defense ranked 29th in the league last season in points allowed per game, and they didn't exactly make any big moves to improve that side of the ball. In a loaded division with the Broncos, Chiefs and Raiders, you have to get stops, and I’m not sure this Charges defense is up to the task based on what we sw last season. Regardless, the Chargers are the worst team in the AFC West, so don't expect much of a difference from last year.