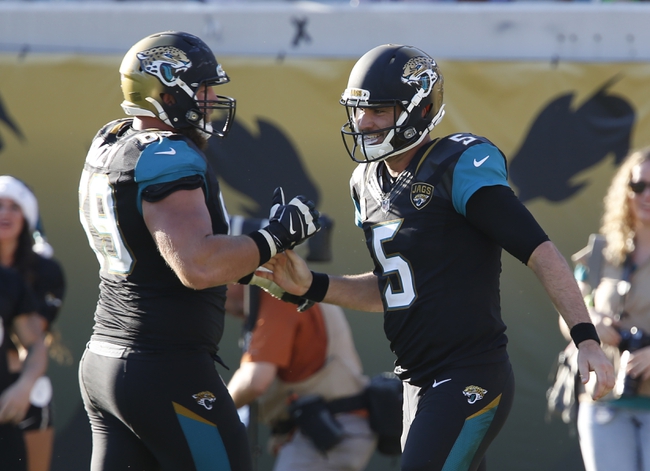 The Jacksonville Jaguars have won no more than five games in each of the last six seasons and are fresh off a year in which they won just three games. It’s an uphill climb for coach Doug Marrone and will continue to take even more patience from a fanbase that hasn't seen a playoff appearance since 2007. The good news is that the Jags are in a subpar division, so there's always hope for stealing some wins here and there. Baby steps.

Will this be the year the Jaguars win more than five games for the first time since 2010?

Key Player Losses: Tight end Julius Thomas leaves for Miami after two seasons in Jacksonville where he caught 76 passes and nine touchdowns. Defensively, the Jags lost one of their top tacklers in safety Johnathan Cyprien after four seasons in which he was a consistent contributor. Cornerback Prince Amukamara is now in Chicago after one year in Jacksonville, while defensive end Tyson Alualu leaves for the Pittsburgh Steelers after being with the Jaguars since 2010.

Key Player Additions: The Jaguars added a key piece to their offensive line in two-time Pro Bowl tackle Branden Albert, who is a really good player when he's healthy, which he's struggled with the last two seasons. Tight end Mychal Rivera had more than 1,400 receiving yards and 10 touchdowns during his time with the Oakland Raiders. Defensively, Barry Church leaves Dallas after six seasons that included nearly 500 tackles, five interceptions and 16 pass deflections. Cornerback AJ Bouye had his moments in his time with the Houston Texans and defensive tackle Calais Campbell is a two-time Pro Bowl selection with 56.5 sacks under his belt.

Draft: Leonard Fournette is a franchise running back who has an old school mentality and can come in right away and be the workhorse for the Jags. Fournette will take a ton of pressure off of Blake Bortles and bring a serious energy boost to this unit. Cam Robinson is a big offensive tackle who is a great run blocker and will have his chance to start right away. Dawuane Smoot could be a difference maker at defensive end if he improves his consistency and adds bulk to his upper body. Dede Westbrook is an explosive wide receiver who can contribute on special teams and brings big play ability to Jacksonville. Blair Brown is an athletic linebacker who could become a special teams contributor right away. Cornerback Jalen Myrick is on the small side, but his athleticism and speed gives him a shot to make the team, while Marquez Williams is a versatile offensive player who can run and catch.

Outlook: The Jaguars have not had a winning season since 2007 when David Garrard and Fred Taylor were carrying the offense. We’re getting old, folks. Anyway, given the way things have played out, I refuse to believe Jacksonville has the same Super Bowl odds as the Los Angeles Chargers or even the Buffalo Bills. Even with Fournette and improvement to the offensive line, the Jags had an offense that ranked 25th in scoring, and those upgrades probably won't make that big of a jump with Bortles at QB. The good news is that the Jags defense was sixth in yards allowed and there's room for improvement with Campbell and Church being thrown in the mix. The Jaguars are young and have a brighter future than some of the teams below them in terms of odds, but there's no value in terms of future bets with this franchise. Give Jacksonville a year or two and then we can talk.