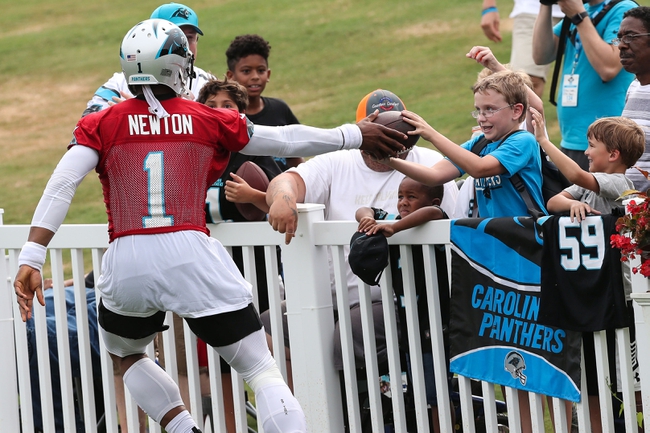 The Houston Texans and Carolina Panthers meet Wednesday in week 1 of the NFL preseason at Bank of America Stadium.

The Houston Texans have made the playoffs each of the last two seasons and hope to take another step forward under coach Bill O’Brien, as they bring back the bulk of their team that includes their entire offensive line and the bulk of their front seven. The main question for the Texans this preseason is finding out who is going to be quarterback with Deshaun Watson competing with Tom Savage. Savage obviously has the experience edge with 92 pass attempts, but Watson is a guy who carries himself a certain way that could rub off on the entire team if he has success in these exhibitions. It may be tough to avoid Watson if he plays to his potential early. Defensively, the Houston Texans hope to finally see J.J. Watt and Jadeveon Clowney together playing at a high level, while rookie linebacker Zach Cunningham has a chance to earn himself a starting job on the weak side.

The Carolina Panthers hope to build some confidence in the preseason after going from the Super Bowl to not making the playoffs. With a healthy Cam Newton leading the way (although he has been dealing with a minor shoulder injury), the Panthers should be fine, but it’s the others around him that have to prove their worth rather quickly. Of course, I’m talking about guys like rookie running back Christian McCaffrey, new left tackle Matt Kalil and veterans Julius Peppers and Mike Adams. How much do those guys have left in the tank to be effective on defense and is a rookie RB tandem of McCaffrey and Curtis Samuel really the answer to taking some of the pressure off of Newton? The Carolina Panthers still have the bulk of the talent that led them to the Super Bowl, so it’s not like this team can regain its magic. It’s just a question of everybody being on the same page and trusting the guy next to you will do his job. Last year, the Panthers did a lot of looking around and found no answers.

This total seems a bit low when you consider the Panthers will have experienced quarterbacks such as Derek Anderson and Joe Webb going up against second and third defensive players. Meanwhile, the Texans have a full quarterback battle going on between Savage and Watson, so there should be a lot of throws and guys wanting to prove they can move the chains to win that starting spot. Competition usually brings the best out of guys and can lead to points during preseason games. Expecting a score of 23-20 isn't crazy at all, so I like the over in this game.