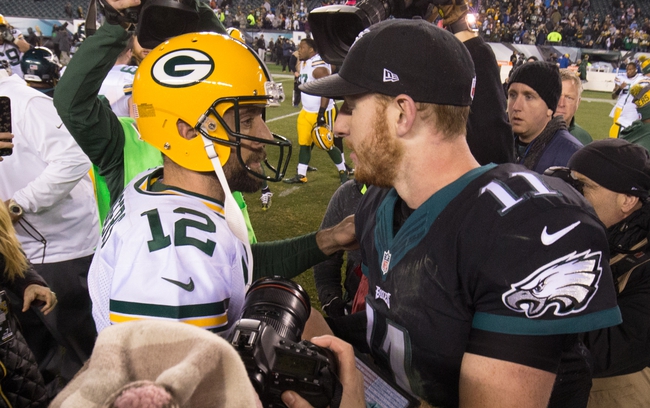 The Philadelphia Eagles head into Lambeau to take on the Green Bay Packers in Week One action of the NFL preseason.

The Eagles head into hostile territory looking to start off their preseason in the win column as they face off against the perennial Super Bowl contenders in Green Bay. Philly made some moves this season, namely to their passing game when they brought in Alshon Jeffery to lead their receiving corps to go along with Jordan Matthews and Nelson Agolhor and with those weapons at his disposal it looks like Caron Wentz could take another step forward in his progression in season number two. The Eagles also brought in veteran Torrey Smith to help out through the air and they have a wealth of veteran backs led by Darren Sproles and Ryan Mathews on the ground as Philly aims to get back into the playoff discussion. For now though, they will have their hands full with the Packers on the road who are always a tough out at Lambeau, preseason or otherwise.

The Packers were a play or two removed from making a push deep into the playoffs last season and that was with a carousel at the running back position and leaning heavily on Aaron Rodgers behind center. The Pack should be right back in the mix this season though as they are the favourites in the NFC North and have plenty of weapons across the board led by Jordy Nelson, Ty Montgomery, Randall Cobb, and the newly acquired Martellus Bennett. Green Bay will also lean on Clay Matthews to anchor their defense and while he may not see many snaps in the early part of the preseason he is certainly a game breaker and will be keying in on the handful of receiving options lined up across from him.