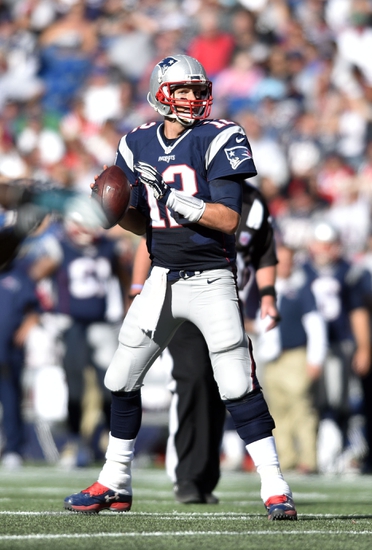 Out at Gillette Stadium in Foxborough on Thursday, the Jacksonville Jaguars and the New England Patriots will be kicking off their NFL preseasons.

The Jaguars come into this season after a 3-13 mark in 2016, missing the playoffs for the ninth consecutive season. The dismal finish led to the firing of four-year coach Gus Bradley, who has been replaced with Doug Marrone moving forward.

The Jags offense is led by QB Blake Bortles, who has a big-time WR in Allen Robinson as well as a promising rookie RB Leonard Fournette, picked fourth overall in this year’s draft.

As for the Patriots, they reached the pinnacle yet again in 2016, securing another Super Bowl over the Falcons in a dramatic comeback win. New England, guided by 18-year coach Bill Belichick, cruised to a 14-2 record and beat the Texans and Steelers on the way to the final game.

New England lost a few guys in free agency as well, and will look a bit different this year. TE Marcellus Bennett, DE Chris Long and RB LeGarrette Blount are gone, but the team will retain RB Brandon Boulden and LB Dont’a Hightower among a rotating cast of characters.

Ageless QB Tom Brady leads the way for the Pats yet again in 2017, and he’ll be running the offense alongside WR Brandin Cooks and TE Rob Gronkowski.

Both teams should be relatively healthy heading into this new season, but the Patriots will have to watch out for Dont’a Hightower (PUP) and Julian Edelman (undisclosed), who has looked hobbled in practice.

Anything can happen in the preseason, as it’s basically a glorified excuse to check out your third and fourth string guys. New England will be doing a bit of that in particular here, as they’ve got some depth issues to sort out. That will be tantamount to winning the game, so I’ll take the Jags to cover in this one.