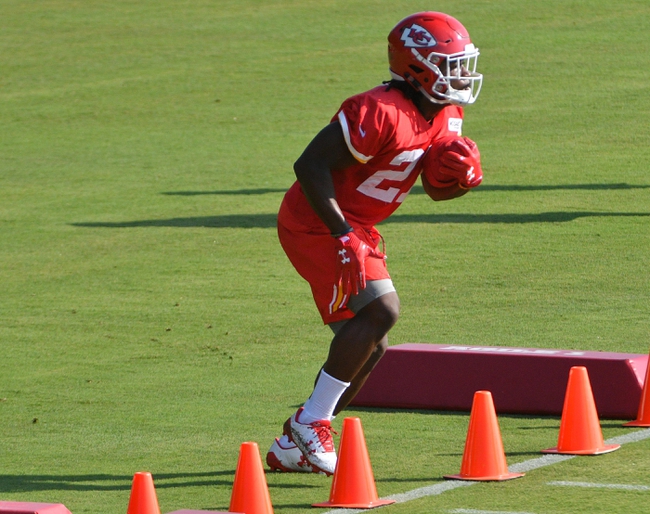 The San Francisco 49ers and the Kansas City Chiefs square off at Arrowhead to kick off their respective 2017 NFL schedules with week 1 NFL preseason action on Friday.

The San Francisco 49ers will be looking to bounce back from a putrid 2-14 2016 season that saw theNiners miss the playoffs for the third straight year. 2017 will be the first year under the GM/head coach tandem of John Lynch and Kyle Shanahan, and Lynch did not wait to make a big splash for San Fran, picking up key veterans via free agency, such as Pierre Garcon, Marquise Goodwin, Brian Hoyer along with Will Davis and Elvis Dumervil on the defensive side of the ball. The Niners also made a splash on draft night, giving up the #2 pick to the Bears in the Mitch Trubisky deal, getting the 3rd overall pick in return and using it to select defensive end Solomon Thomas out of Stanford. One of the major question marks will be who starts under center for San Francisco in week one, and that could be a position battle that goes on throughout the preseason as there is no clear cut #1 QB to help an offense that finished second last in total yardage last year, racking up just 4,930 yards or 308.1 total yards per game last season. On the flipside, the Niners will need to emplore a stronger defense than last season’s that allowed the most total yards against, allowing a whopping 6,502 yards of total offense last season.

The Kansas City Chiefs will look to build on a solid 2016 campaign that saw KC finish 12-4 with the AFC West crown and a first round bye before falling to the Steelers in the divisional round by a final score of 18-16. The Chiefs made some noteworthy moves in the offseason, like cutting long-time mainstay Jamaal Charles, who signed within the division with the Broncos, and Jeremy Maclin who inked a deal with the Ravens. KC retained the services of Eric Berry, while making a possible selecting for the future under center, taking Texas Tech QB Patrick Mahomes II at #10 overall, raising some eyebrows with incumbent starter Alex Smith still on the team. Either way, Mahomes II will be out to prove he’s worth a starting spot in the regular season. The Chiefs will be looking to tie up loose ends on both sides of the ball, in an effort to bolster an offense that finished in the bottom half of the league with 343 total yards of offense per game while finishing in the bottom 10 of total defense, allowing 368.5 yards of total offense per game last season.

Preseason football has a tendency of being difficult to call, however, the Niners are still a mess, and I wouldn’t be surprised if they finished the season without a win. Kansas City has some questions marks at key positions, but the Chiefs are overall the better team and should be able to take this one by a touchdown, so I’ll take Kansas City here.