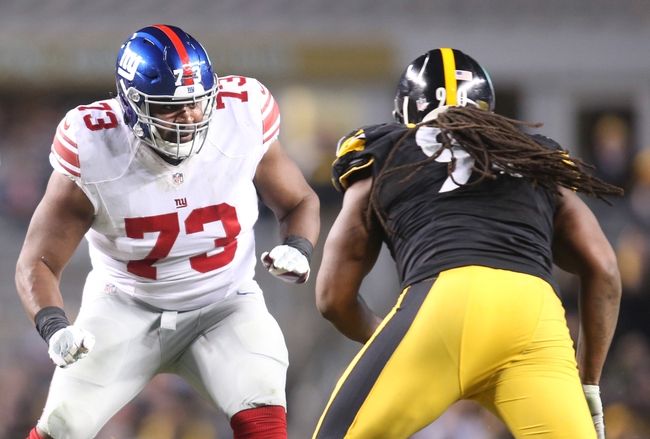 Out at MetLife Stadium in East Rutherford on Friday, August 11, the Pittsburgh Steelers and the New York Giants will kick off their preseasons.

The Steelers posted a solid 11-5 record in 2016 under coach Mike Tomlin, finishing first in the AFC North. Pittsburgh beat the Dolphins and the Chiefs on the way to the AFC Championship, where they lost to the eventual champion Patriots.

Running the offense yet again for the Steelers in 2017 will be QB Ben Roethlisberger. Helping out is RB Le’Veon Bell, as well as a solid WR corps in Antonio Brown, Darrius Hayward-Bey and Martinis Bryant.

As for the Giants, head coach Ben McAdoo led the team to an 11-5 mark in 2016. That record secured a Wild Card berth in the playoffs and the second spot in the NFC East. New York lost in the opening game of the postseason to the Packers 38-13.

Pittsburgh will likely be without WR Sammie Coates here, while the Giants have their own notable injury issue with Sterling Shepard’s ankle sprain.

This should be a pretty interesting matchup, as both of these teams have some depth and should do quite a bit of damage in their respective conferences this year. That said, I like the Steelers’ second- and third-string guys a little more than the Giants. Landry Jones will have plenty of talented targets to throw to while he’s out there, and I think he can put the Steelers in position for a cover here.