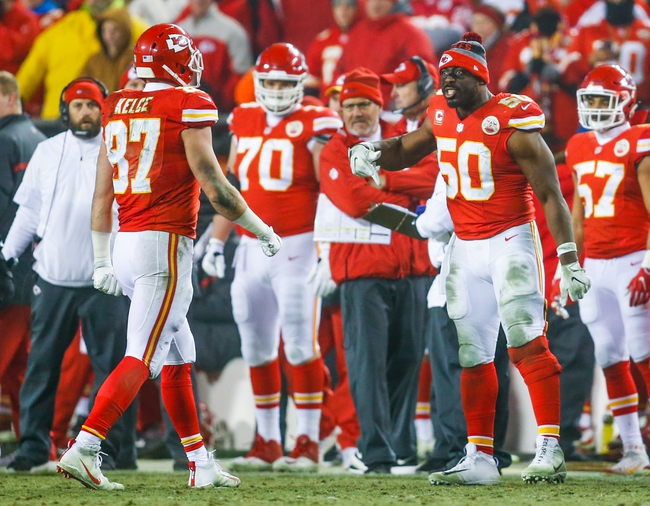 The San Francisco 49ers look to pull off a preseason upset as they head into Kansas City to take on the Chiefs at Arrowhead Stadium.

The Niners begin another season of rebuilding and they begin that journey on the road for their preseason opener against the Chiefs who have playoff and Super Bowl aspirations again this season. San Francisco isn’t far removed from the days of Colin Kaepernick starting behind center and coming within a single play of winning the Super Bowl but they have fallen on hard times and they are in the midst of a complete rebuild as they are projected to be among the league’s worst teams again this season, and with the roster they are putting out on the field it is easy to see why. The Niners will look to pull off the upset in the early stages of the preseason though as they take on a Chiefs team who is built on defense but has some very serviceable pieces on the offensive side as well.

The Chiefs meanwhile are in a crowded AFC West that includes the Raiders, Broncos, and Chargers and will be in tough to claim top spot in the division but they certainly have the pieces to get back to the playoffs again this season. Kansas City drafted Texas Tech product Patrick Mahomes in hopes of putting pressure on Alex Smith, and while the former looks as though he is going to be the future at the position for the Chiefs it is clear this is still Smith’s team and he is their best option for success as he is one of the most efficient pivots in the NFL, despite not having the flash of some of the league’s elite. Spencer Ware, Tyreek Hill, and Travis Kelce will all be leaned on in the offensive zone while Eric Berry will man the defense as this group looks capable of making a push in a crowded AFC playoff picture and a strong start in the preseason can go a long way in helping that dream.

The Niners are 5-12-1 in their last 18 ATS on the road and 4-11 in their last 15 ATS overall while the Chiefs are 5-2 ATS in their last seven overall and 3-9 ATS in their last 12 home games. San Fran is in tough here even though they have some starting spots to figure out but in the end I like the Arrowhead crowd to play a factor even in the early going of the NFL’s preseason.