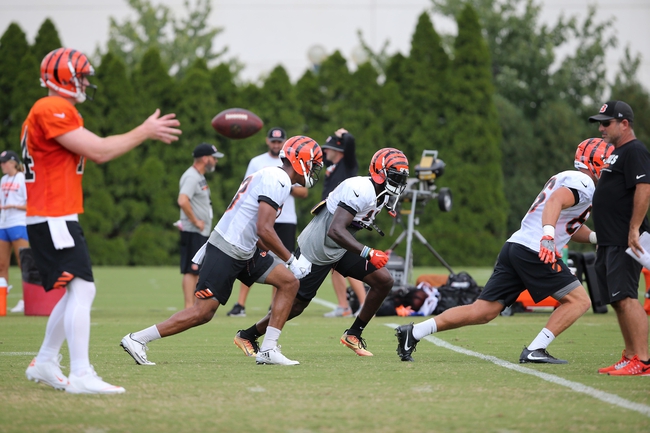 The Tampa Bay Buccaneers and Cincinnati Bengals meet Friday in week 1 of the NFL preseason at Paul Brown Stadium.

The Tampa Bay Buccaneers haven’t made the postseason since the Jon Gruden era, but expectations and optimism have risen recently and fans in Florida are getting their hopes up this season. This is supposed to be a breakout year for Jameis Winston now that he’s been in the system for a while and has DeSean Jackson and O.J. Howard to go along with Mike Evans. However, in the preseason, you can expect to see a lot of Ryan Fitzpatrick, which could be a good or bad thing considering he’s facing second and third team defenders. The Bucs offensive line is also intact from a year ago, so this offense has oodles of potential. Defensively, the Tampa Bay Buccaneers have to like their linebacker core and big things are expected from young cornerback Vernon Hargreaves. Rookie safety Justin Evans will be fighting for a starting safety spot and linebacker Kendell Beckwith is out to prove he’s worthy of a roster spot despite being just eight months removed from an ACL injury.

The Cincinnati Bengals have a lot of pressure on them after a 6-9-1 season and fans are getting tired of the constant disappointments under coach Marvin Lewis. Everybody knows the Bengals offensive starters with Andy Dalton, Jeremy Hill and A.J. Green, but this preseason game will feature a whole lot of A.J. McCarron and rookie Joe Mixon. McCarron has shined every chance he’s had to make an impact and the sooner Mixon produces, the quieter his critics will get despite his serious off-the-field issues. Third string QB Jeff Driskel also has to make Cincy strongly consider keeping three quarterbacks on the roster. Defensively, rookie linebacker Jordan Willis has a chance to earn some serious playing time, while Darqueze Dennard and Clayton Fejedelem could be thrown into the starting lineup with the injuries and suspension to George Iloka and Adam Jones, respectively.

I've mentioned many times in the past that quarterback depth is everything to me in preseason games, and the Bengals have a guy in McCarron who has played at a high level whenever given the chance. That includes a playoff game Cincinnati should have won against the Pittsburgh Steelers. The Buccaneers have Fitzpatrick, who was a turnover machine last season to the point the New York Jets didn't even want him. You have to like the Cincinnati Bengals in this spot due to the depth at the QB position.