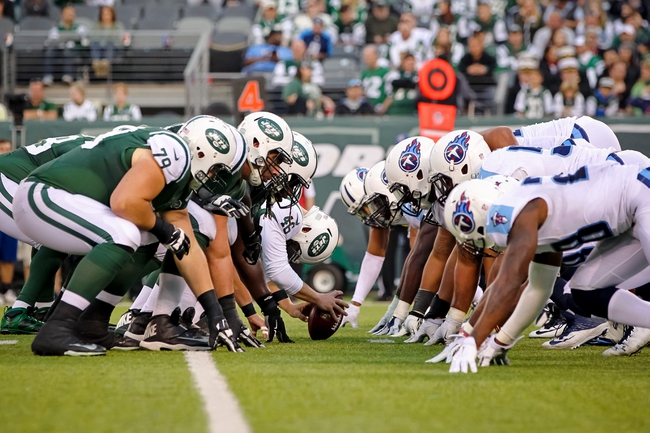 Out at MetLife Stadium on Saturday, August 12, the Tennessee Titans and the New York Jets will be meeting up to kick off their NFL preseasons.

Tennessee is coming off a 9-7 mark that saw them finish second in the AFC South despite missing the playoffs. It was Tennessee’s first winning season since 2011, and their eighth consecutive year missing the postseason.

Over on the Jets’ side, hopes were high for 2016 but the team stumbled to a 5-11 record, a last-place finish in the AFC East and the team’s sixth consecutive missed postseason.

Head coach Todd Bowles rejoins the Jets for his third year and will oversee a rebuilding process this season. New York will look different this season with the departures of QB Ryan Fitzpatrick, WR Brandon Marshall and WR Eric Decker, as well as longtime center Nick Mangold, who was released back in February.

The Jets offense will look quite a bit different this year with QB Josh McCown at the helm. McCown joins RB Matt Forte alongside a host of unproven receivers in Quincy Enunwa, Robby Anderson and Charone Peake.

This matchup is somewhat indicative of two teams heading in opposite directions. Tennessee hopes to build on last year’s success, while New York seems destined to play for draft positioning. The Jets don’t have much experience at all on their roster, and I can’t think of a lot of scenarios in which they could cover here. Give me the Titans for a convincing win.