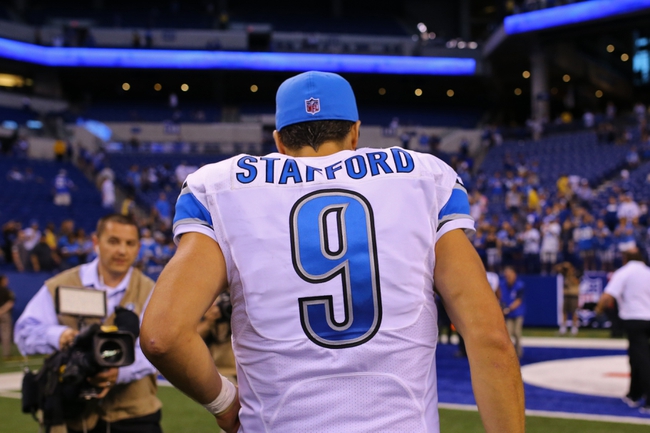 The Detroit Lions look for a road victory on Sunday as they take on the Indianapolis Colts in Week 1 NFL preseason action.

The Lions have high hopes of getting back into the NFC playoff picture this season and with a division that looks as though it is wide open they are very much in play alongside the Packers and Vikings as league contenders. Detroit has had to make up for the loss of Calvin Johnson who is in his second full season of retirement and while a talent of his ilk will almost be impossible to replace the Lions do have some solid offensive weapons led by Golden Tate, Ameer Abdullah, and Matt Stafford and while we may not see a ton of those names in this one it could be enough to change the outcome. Detroit faces off against a Colts side that has revamped their defense and may use this as a platform to get some of their new faces some reps but they will be without Andrew Luck for the preseason and likely a stretch into the regular season.

The Colts meanwhile had been one of the perennial contenders under Peyton Manning and even a few years with Andrew Luck at the helm, and while the former first overall pick remains one of the league’s best quarterbacks the team has taken a step back thanks to a loss of talent over the years. Indy will look to get back into the mix this season with Luck, TY Hilton, and company running the offense and a new look defense that has been built to deal with some of the league’s power offenses in the AFC. However, with Luck on the shelf the Colts could be in trouble as the season begins and they have to hope the rest of the division falters early or else they could be on the outside looking in when it comes to the playoffs.