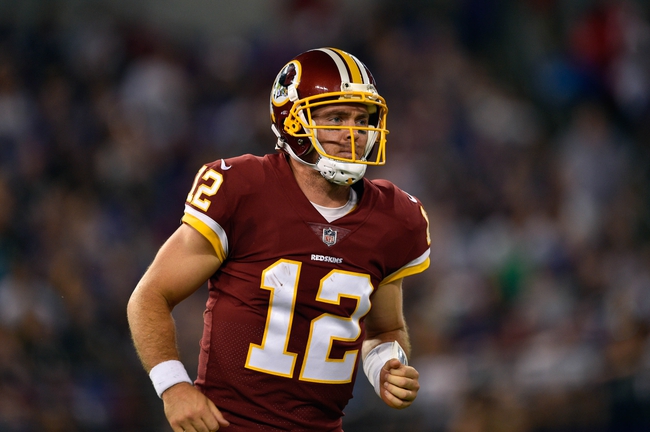 The Green Bay Packers are coming off an impressive 24-9 victory over the Philadelphia Eagles in which the starters didn’t play. Considering the Packers are Super Bowl contenders, don’t expect to see much Aaron Rodgers, Jordy Nelson or Randall Cobb. Instead, Joe Callahan and Brett Hundley will continue stealing all the reps, and they combined for 193 passing yards, one touchdown and one interception in the first exhibition game. Young wide receivers DeAngelo Yancey and Max McCaffrey combined for six receptions and 127 receiving yards. Defensively, Marwin Evans led the Packers with seven tackles, Nick Perry had one sack and Lenzy Pipkins had one tackle for loss. The Green Bay Packers are always careful how they approach the preseason, but they have won six of their last nine exhibition games.

The Washington Redskins hope to have a better showing after losing to the Baltimore Ravens, 23-3. Kirk Cousins threw just two passes in the loss, as Nate Sudfeld and Colt McCoy combined for 11 of 25 for 108 yards and one interception. The Redskins ground game averaged just 2.2 yards per carry and rookie Robert Davis’ 31-yard reception was probably the one Washington offensive play worth mentioning. The Redskins know what they have in Cousins at quarterback, but these preseason games have to be about finding playmakers considering this is a unit that lost nearly all of its playmakers from last season. Defensively, Zach Vigil led the Redskins with six tackles, Nico Marley had one sack and Anthony Lanier II had one tackle for loss. The Washington Redskins have to show some sort of progress in this preseason game to keep fans from panicking a bit, as lat week was ugly.

I'm not sure how anybody can lay chalk with the Redskins based on what we just saw last week. Even if Cousins plays more, I'm not sure that's going to help in the second half when McCoy and others takeover. The Packers will continue to keep their stars in bubble wrap, but Hundley is a gamer and Callahan was solid last week for what it's worth. This is a spot where the value is with the points.