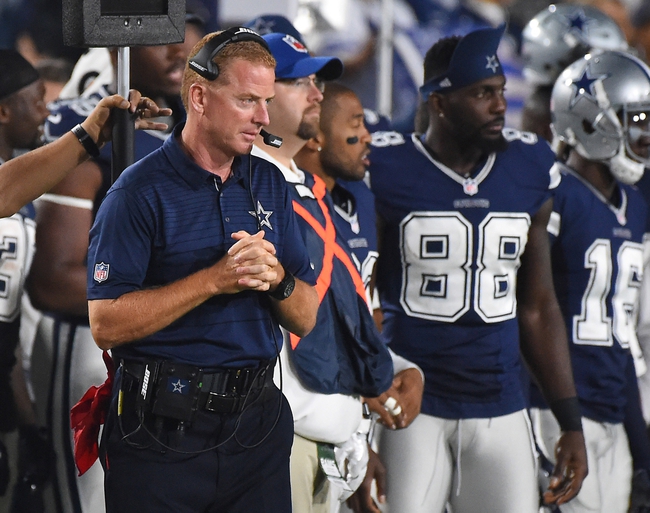 The Indianapolis Colts face off against the Dallas Cowboys in week two NFL preseason action from AT&T Stadium.

The Indianapolis Colts will look to get back on track after starting their preseason on a low note, falling to the Lions by a score of 24-10 in week one. Stephen Morris and Phillip Walker each logged 20 pass attempts, however is was Morris who had a slightly more productive outing, completing 13 passes for 94 yards, to Walker’s 9 completions for 86 yards. Expected backup Scott Tolzien went 2 for 5 with 24 yards. Troymaine Pope logged the only score for the Colts, taking his team-high 7 carries and converting it into 31 yards and an touchdown. JoJo Natson Jr. caught a team-high 5 passes for 51 yards while Fred Brown led the team with 53 yards receiving on 4 receptions. T.Y. McGill logged the lone sack for the Colts while John Simon’s interception highlighted an average performance from the Colts defense that saw the team allow 24 points and 336 yards of total offense, including 240 yards through the air.

The Dallas Cowboys will look to bounce back after suffering their first loss of the preseason, a 13-10 loss to the Rams in week one. Cooper Rush made quite the impact in his limited time, going 9 of 11 for 104 yards and a touchdown. Kellen Moore completed 8 of 17 pass attempts for 69 yards while Luke McCown put up just 31 yards while going 6 for 13. Darren McFadden led the Cowboys with 28 rushing yards on a team-high 6 carries, while Alfred Morris logged 11 yards with his 5 touches. Rico Gathers pulled in Dallas’ lone touchdown, hauling in a team-high 4 balls for 47 yards and the score. Noah Brown caught 3 passes for 41 yards while Brian Brown used his 3 receptions to rack up 30 yards in the loss. The Cowboys recorded 2 sacks, one from Taco Charlton and Darnell Leslie while forcing a total of 4 fumbles as a team with Duke Thomas being the only Cowboy to recover one.

Neither of these teams looked all that special in last week’s action, however, I feel that the Cowboys have more depth which is usually the key to betting preseason football, so I’ll lay the touchdown with the Cowboys here.