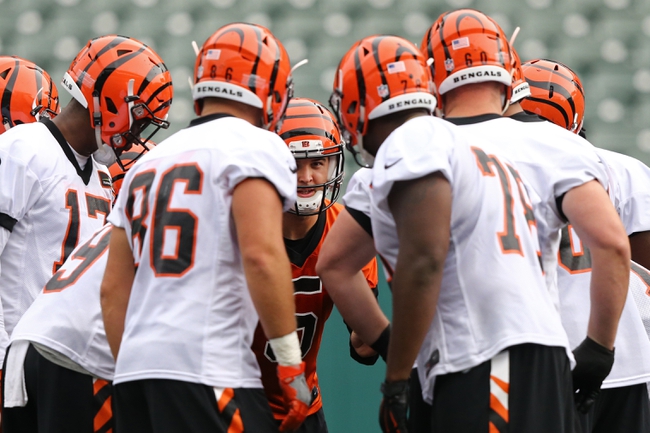 The Kansas City Chiefs are coming off a 27-17 loss to the San Francisco 49ers in which they allowed 18 fourth quarter points. Alex Smith completed four of six passes for 48 yards, while Tyler Bray and Patrick Mahomes II completed 12 of 18 passes for more than 100 yards, one touchdown and one interception. The Chiefs ground game accomplished downright nothing, so that’s something they’ll likely work on in this contest. Chris Conley was the star of the Kansas City offense, producing 46 yards on two receptions. Defensively, De'Vante Bausby led the Chiefs with five tackles, Earl Okine had one sack and David King had one tackle for loss. The Kansas City Chiefs are one of those teams that pretty much knows what it has heading into the regular season, but you’d like to see some more production on the offensive end, especially from the ground game.

The Cincinnati Bengals look to build on their 23-12 victory over the Tampa Bay Buccaneers in which they allowed just three second half points. Andy Dalton completed four of five passes for 38 yards and an interception while Jeff Driskel led the way with eight of nine passing for 97 yards and a score. Driskel also had 34 rushing yards and a touchdown, putting himself in good position to possibly make the team as the third string QB option. Alex Erickson had three receptions and 50 yards while rookie Josh Malone had the one receiving touchdown. Defensively, KeiVarae Russell led the Bengals with six tackles, Jordan Willis had one sack and Chris Smith had one tackle for loss. The Cincinnati Bengals have to be pleased with what they saw in their opening preseason game, especially from Driskel considering true backup AJ McCarron has been in trade rumors.

The Cincinnati Bengals opened up as a favorite, so we're getting some value with the points here. But like I've said countless times, quarterback depth is key for me in preseason games, and the Bengals already have one of the top backups in McCarron and a guy in Driskel who played very well last week. The Kansas City Chiefs did very little on the offensive end and are throwing out two backup QBs with little to no NFL experience. I like the Bengals here.