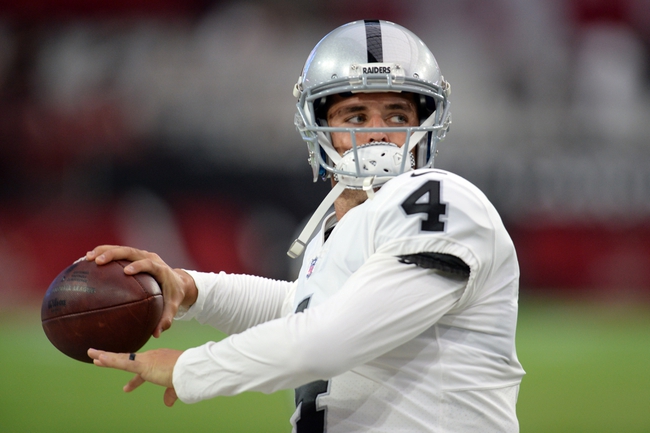 There’s a California battle brewing in the NFL’s preseason Week 2, as the Los Angeles Rams are set to visit the Oakland Raiders on Saturday, August 19.

The Rams are looking to improve after a disappointing return to LA in 2016, where they finished 4-12 and third in the NFC West. That marked the 12th straight missed postseason for Los Angeles which is the third-longest active streak in the NFL.

In Week 1 of the preseason, the Rams were able to grind out a solid 13-10 victory over the Cowboys. QB Jared Goff was good early, going 3-for-4 with 34 yards. Sean Mannion did the bulk of the throwing with an 18-for-25 line for 144 yards. Also of note was Nelson Spruce, with his six catches for 34 yards.

Over on the Raiders’ side, they’re attempting to build off a successful 2016 regular season, where they finished 12-4 but lost the AFC West title to the Chiefs. In their lone postseason game, Oakland fell to the Texans 27-14 in the Wild Card round.

During Week 1 of the preseason, the Raiders fell 20-10 to the Cardinals in an unremarkable game. EJ Manuel and Connor Cook did the throwing for Oakland, finishing a combined 20-of-33 for 180 yards. Clive Walford led the Raiders in receiving with three catches for 44 yards, while Jaydon Mickens managed to secure three grabs for 31 yards.

Looking at the injury reports, we’ve got a few guys to keep an eye on for both sides. Raiders WR Amari Cooper, RB John Crocketand DE Khalil Mack are questionable right now, while Roy Helu and Gareon Conley (PUP list) will be out. As for the Rams, they’ve got some questionable guys in WR Tavon Austin, LB Robert Quinn and WR Nelson Spruce. Lance Dunbar is on the PUP, while Stedman Bailey isn’t looking like he’ll play.

Realistically, both these teams have opposite expectations this year. The Rams are just looking to show some improvement, while the Raiders remain a Super Bowl favorite in their conference. Even with Derek Carr still recovering from that broken leg last year, the Raiders have some solid depth at QB and should be able to move the ball. LA, meanwhile, will need Goff to remain consistent if they’re going to put up some early points here. All things considered, I think the Raiders’ depth will win out here, so I’ll take Oakland to cover.