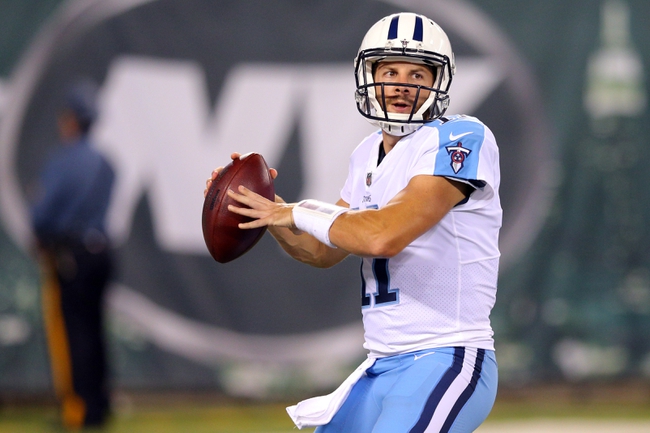 The Carolina Panthers are coming off a 27-17 victory over the Houston Texans, as Joe Webb and Derek Anderson combined for three touchdown passes. Kelvin Benjamin, who was criticized for coming into camp out of shape, had two receptions, 40 yards and a touchdown. Rookie running back Christian McCaffrey also impressed with 33 yards on seven carries, showing off his quickness. However, there has to be some concern for Cam Newton, who has yet to participate in throwing drills as he rehabs from a shoulder injury. Defensively, Jared Norris led the Panthers with eight tackles, Zeek Bigger had one tackle for loss and Damian Parms had one sack. The Carolina Panthers have to be excited for a defense that produced five sacks, as they got constant pressure up front in game one of the preseason.

The Tennessee Titans are coming off a 3-7 loss to the New York Jets in their preseason opener. The Titans gave Marcus Mariota just three pass attempts, as Alex Tanney led the way with 11 completions on 27 attempts for 132 yards and an interception. Rookie running back Akeem Judd broke off a 40-yard run while rookie receiver Taywan Taylor had four receptions and 56 yards. Overall, the Titans managed just 11 first downs, 3.7 yards per play and totaled 223 yards of offense. Defensively, Kalan Reed led the Titans with six tackles, Brynden Trawick had one sack and Aaron Wallace had two tackles for loss. The Tennessee Titans have to like what they saw from some of their rookie players, and that’s enough considering they’re satisfied with most of their starters on both sides of the ball.

With Cam Newton still sidelined, we're getting the bulk of the Panthers preseason games led by former starters in Webb and Anderson. I've mentioned many times in the past that preseason games for me are all about QB depth, and having experienced players go up against second and third string defenses is key for me. While you can expect a better showing from the Tennessee Titans this time around, the value is still with the Panthers and the free field goal.