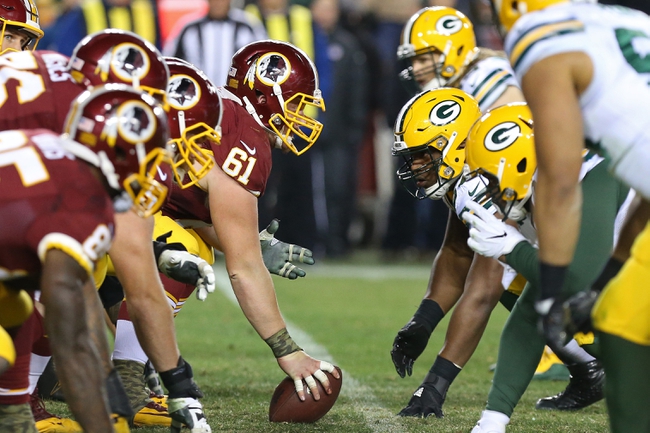 The Packers are coming off a fairly successful 2016 season despite starting out 4-6. Green Bay ultimately finished 10-6 atop the NFC North and beat the Giants and Cowboys during the playoffs. The Packers’ Super Bowl run would end in the NFC Championship, where they fell to the Falcons 44-21.

Head coach Mike McCarthy takes the reins once again for his 12th season, and he will see a few new faces on the roster including Martellus Bennett and Davon House. Notable Packers departures this offseason include Jared Cook, Eddie Lacy and Julius Peppers.

In the Packers’ first preseason game, they beat the Eagles 24-9. Longtime Green Bay QB Aaron Rodgers didn’t play, but Joe Callahan had a solid day at 10-of-16 for 103 yards. There wasn’t much rushing going on, as the team tallied 18 carries for 47 yards.

Over on the Redskins’ side, they’re fresh off an 8-7-1 finish in 2016, slotting into third place in the NFC East. That said, Washington has notched back-to-back winning seasons for the first time since 1996-97 and will be looking to build on that momentum.

The Redskins are focusing on defense this year, signing Stacy McGee and Terrell McClain for a combined $46 million. Terrell Pryor also steps in for Washington this year at WR, following the departures of DeSean Jackson and Pierre Garcon.

Injury-wise, both teams have a few guys to keep an eye on. The Redskins are thin at LB after injuries to Ryan Anderson, Junior Galette, Houston Bates, Will Compton, Adam Hayward, Ryan Kerrigan and Martell Spaight, leaving them all questionable for Week 2. As for the Packers, they experienced five players leaving the game in Week 1, including Damarious Randall, Kentrell Brice, Don Barclay and Malachi Dupre.

Will there be an Aaron Rodgers sighting this week? Even if so, Rodgers won’t stay in for long. That will leave most of the work to the backups, who should be able to exploit some of the depth issues the Redskins have on defense. Kirk Cousins will stay in a little longer here, but he won’t be there long enough to make much of a difference. Give me the Packers for a cover and an outright win.